A Review: The Childhood Obesity Summit 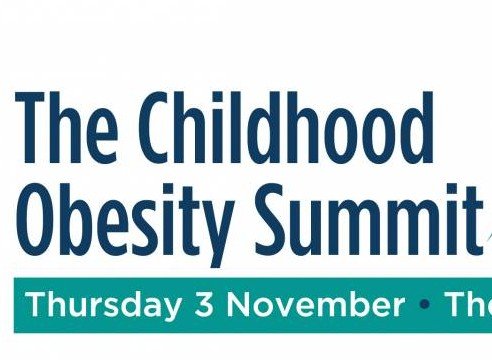 Held at the beautiful venue The Royal Society London, just off Pall Mall, leaders in public health, policy makers, stakeholders, industry and non-governmental organisations came together on the Thursday 3rd November to discuss what is arguably the biggest crisis of this generation’s society – childhood obesity. The summit timely coincided the release of new NCMP data, which was unfortunately nothing to celebrate – results declared that the prevalence of overweight and obesity in reception and year 6 aged children has yet again increased, indicating that current efforts to tackle childhood obesity have been unsuccessful, which only heightened the importance of the summit itself.

Prof Dame Sally James described the U.K as the ‘fat man of Europe’ of which 1/3 of children 2/3 of adults are classified as overweight or obese and globally we have the 10th biggest issue with unhealthy weights. She also went on to state that Western society has normalised overweight and obesity due to a distorted understanding of healthy diets and lifestyle, with an increased rate of snacking resulting in less defined mealtimes, increased portion sizes and out-of-home foods, sedentary lifestyles and environmental factors such as advertising which highly influence our food intake.

The hot topic of the day was of course the Childhood Obesity Strategy. Whilst some speakers, such as Emma Reed from the Department of Health and Dr Sarah Wollaston, MP and chair of the Health Select Committee, recognised the faults of the strategy but remained optimistic on the positive aspects – such as the introduction of the sugar levy and healthy rating schemes for schools.  However, the likes of Linda Cregan of the Children’s Food Trust and Jo Ralling of the Jamie Oliver Food Foundation were very vocal on their opinions of the strategy, the phrase ‘missed opportunity’ was used frequently when discussing price promotions in supermarkets, supporting early years settings mealtimes, junk food marketing, the mental health aspects of childhood obesity and much more. Furthermore, there are concerns over the time scale of planned actions – product reformulations and creation, administration and regulation of the new sugar tax will take a long time, whereas adjusting supermarket promotions could be a quicker alternative. After the release of the new NCMP data, the need for immediate action is greater than ever.

Representatives from the industry, such as Andrea Martinez of the British Retail Consortium were very much on the defensive and relayed the numerous successes and improvements they felt they had made in their industry, such as checkout foods, stating that they are playing their part in the fight against obesity. In contrast, Sue Davies of Which, stated that unhealthy foods at checkouts are still an issue and 70% of soft drinks in the higher band of the sugar levy (+8g/100ml) were on price promotion. However, Richard Dobbs of McKinsey & Co, which is both funded by the FDA and drug companies, argued the need for a level playing field and the notion that industry do not want to be part of the problem – that it is in everybody’s interest to put a stop to rising prevalence of unhealthy weights – even those who benefit from it.

The issue of health inequalities was also touched on by Clare Bambra of the University of Durham and the possible effective interventions to tackle these issues were discussed, however there was no mention of the North-South divide in health inequalities including life expectancy and prevalence of non-communicable diseases, which is well documented in the literature. Furthermore, the majority of speakers were of the South of England and the North was highly under represented, which was perhaps the only aspect of the summit which was disappointing.

However, there were two areas which all parties firmly agreed on. Firstly, there is no silver bulletin in tackling childhood obesity. Richard Dobbs stated the need for 30-40 levers for an effective, dynamic solution to unhealthy weights which considers the wider social, economic and environmental determinants of health. Secondly, that there should be no finger pointing and as opposed to working at loggerheads, working together to ensure all responsibility is accounted for and the correct collective actions are taken which are fair and justified.

The parting, take home message of the Childhood Obesity Summit was the increasing need to provide a healthier setting for the adults of tomorrow – a fantastic event which allowed all sectors to voice their views whilst listening and learning to others on how they can ensure they are doing everything they can to promote a brighter future for the children of today.