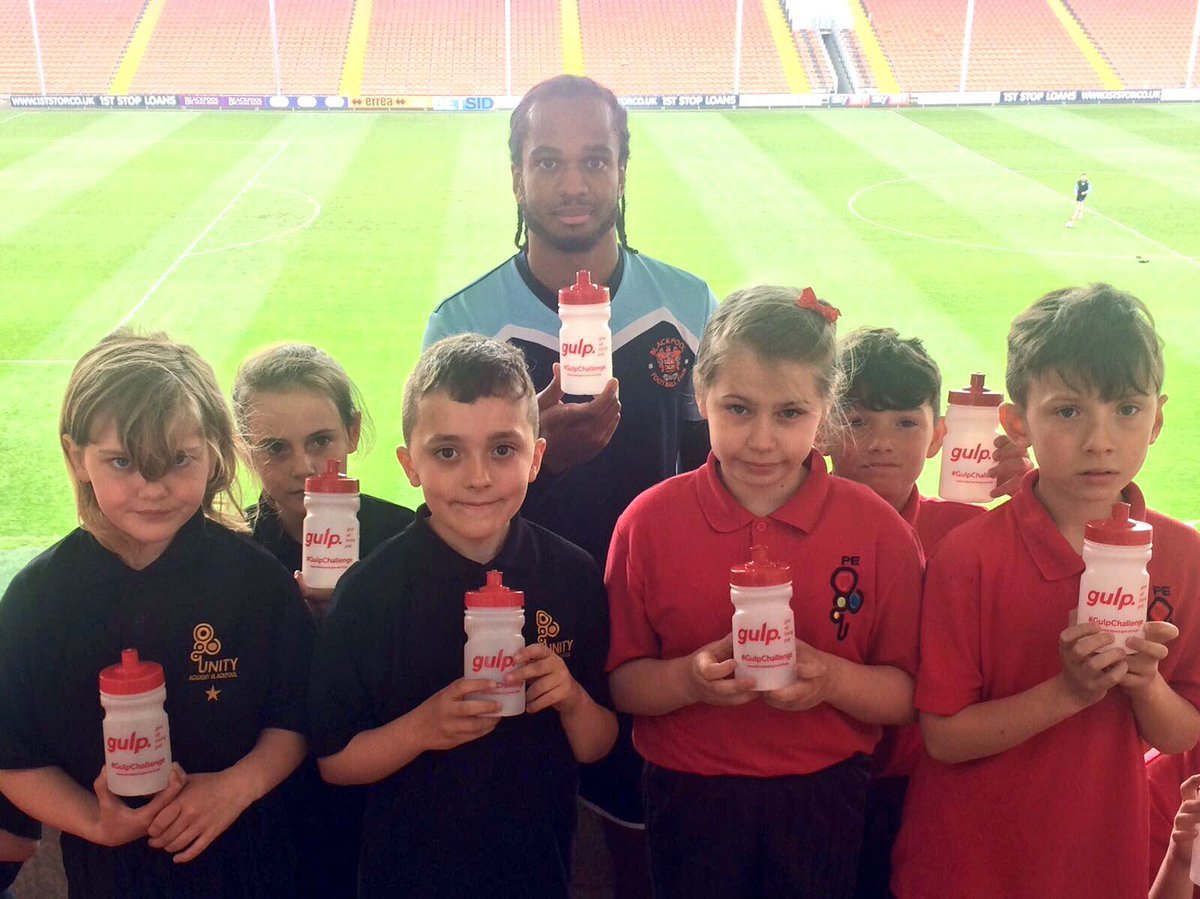 Posted at 12:00h in Childhood Obesity, Give Up Loving Pop, Latest News, Sugar Sweetened Beverages by Alex Holt
1 Like

Blackpool FC Community Trust have joined with Blackpool Council to launch the Gulp Campaign to all Year 4 children across Blackpool.

The Gulp Campaign will last 21 days.

With the help of the Fit2Go team, The Trust will be encouraging children to “Give Up Loving Pop” and to think of drinking healthier alternatives instead such as water or low fat milk.

Senior Health and Education Officer Marc Joseph believes it is a terrific idea. Gary said, “It’s important that children know the affects of having too many fizzy drinks. The Gulp Campaign will not only raise awareness but make the children understand that too much sugar can cause health problems. It’s a terrific idea and I wish everyone doing it the best of luck.”

Blackpool FC first manager Gary Bowyer is also backing the campaign. Gary said, “The Gulp Campaign is an excellent idea. It’s important that children drink enough water and not have too much sugary drinks. The campaign will last 21 days so it’s important the children hang in there when they are craving something sugary.”