Case Study: Campaigning for Better Access to Food in Burnley 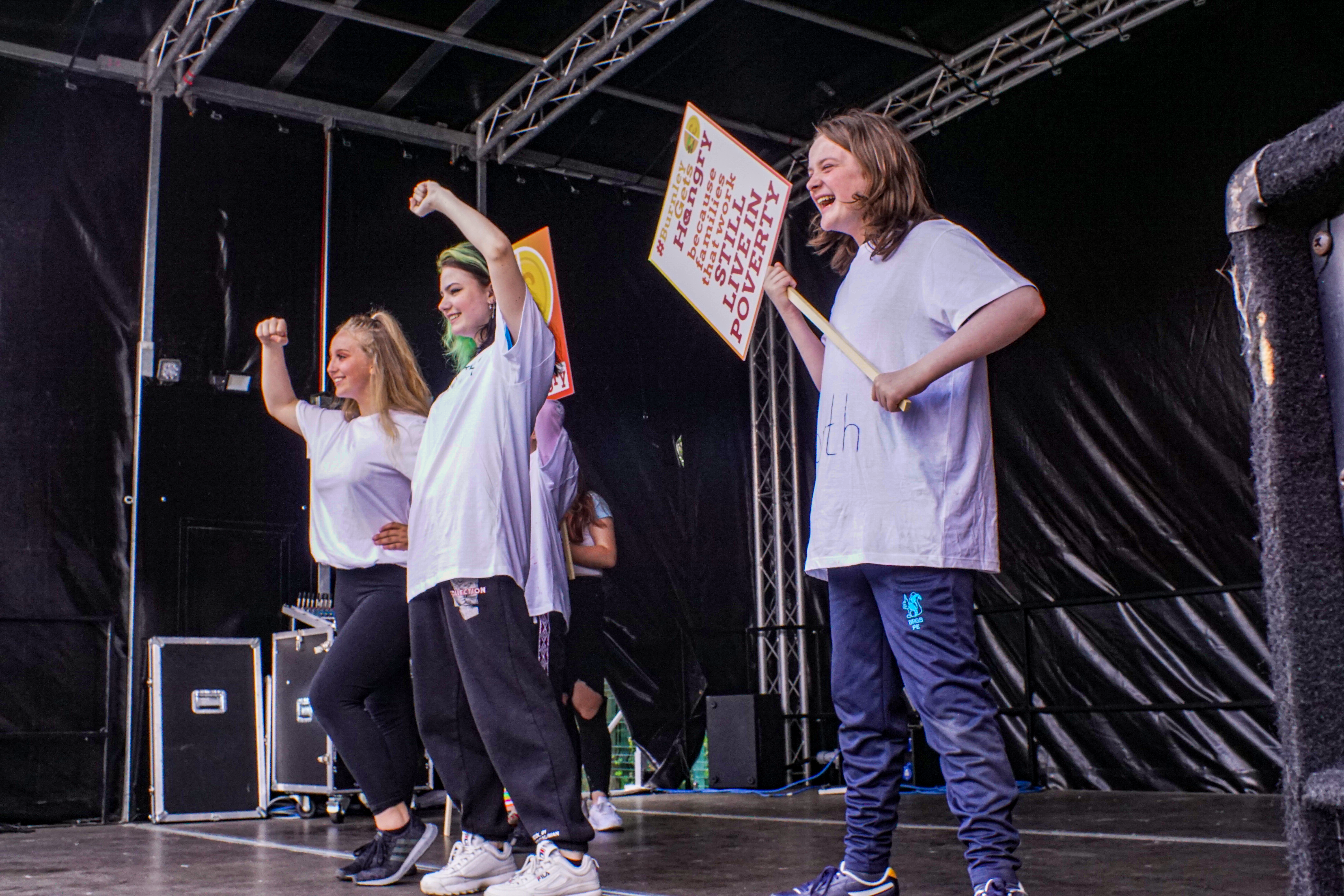 This case study forms part of the social movement lever of the Healthier Place, Healthier Future project. From March to June 2021, Food Active worked with Burnley Youth Theatre and Social Sense to develop a creative project shaped and driven by young people – the project is called #BurnleyGetsHangry. 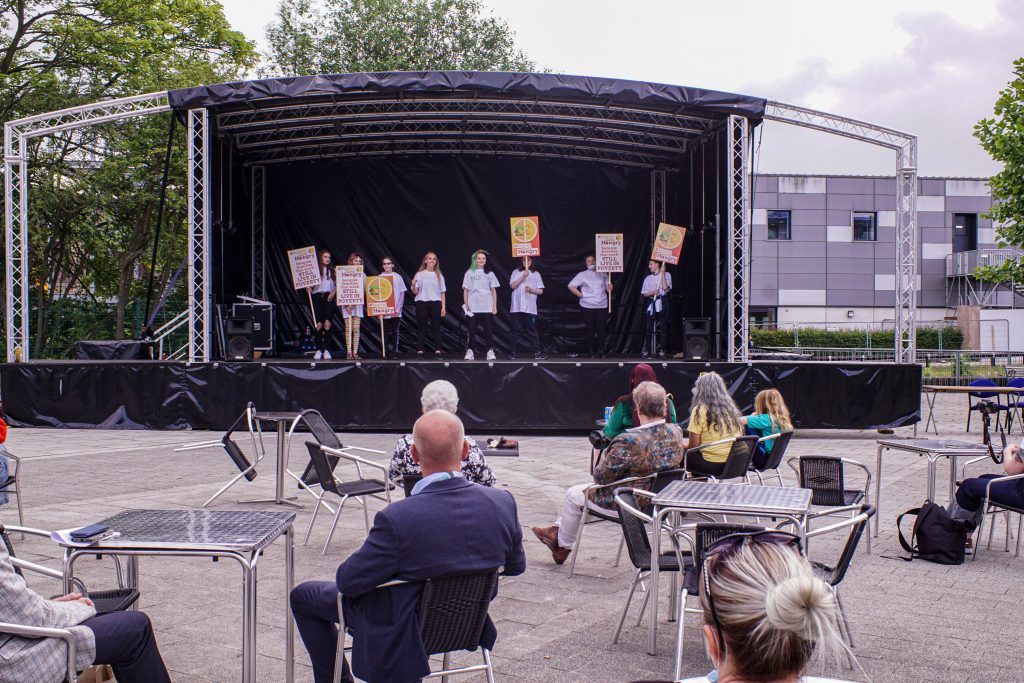 How did the #GetsHangry campaigns start?

#DarwenGetsHangry began as a youth-led campaign responding to the issues of food poverty in the surrounding area, supported by Food Power. Food Power aims to strengthen the ability of local communities to reduce food poverty, through solutions developed in partnership and with the support of peers from across the UK. Their support helped the group to contribute towards the Children’s Future Food Inquiry, along with numerous other local and national activities, and the End Hunger UK conference in Westminster.

The aim of the #BurnleyGetsHangry project was to develop a campaign similar in spirit and empowerment to #DarwenGetsHangry. The project ran consultation sessions during May 2021, with the core group meeting from April to June 2021. The result of this was a 10-week creative project in partnership with Burnley Youth Theatre (BYT), Social Sense, and cooking sessions delivered by Burnley FC in the Community. The thematic focus for the project was around access to food and food poverty. The rationale behind this project was to test the effectiveness of public sector and creative institutional partnerships to engage and empower children and young people. 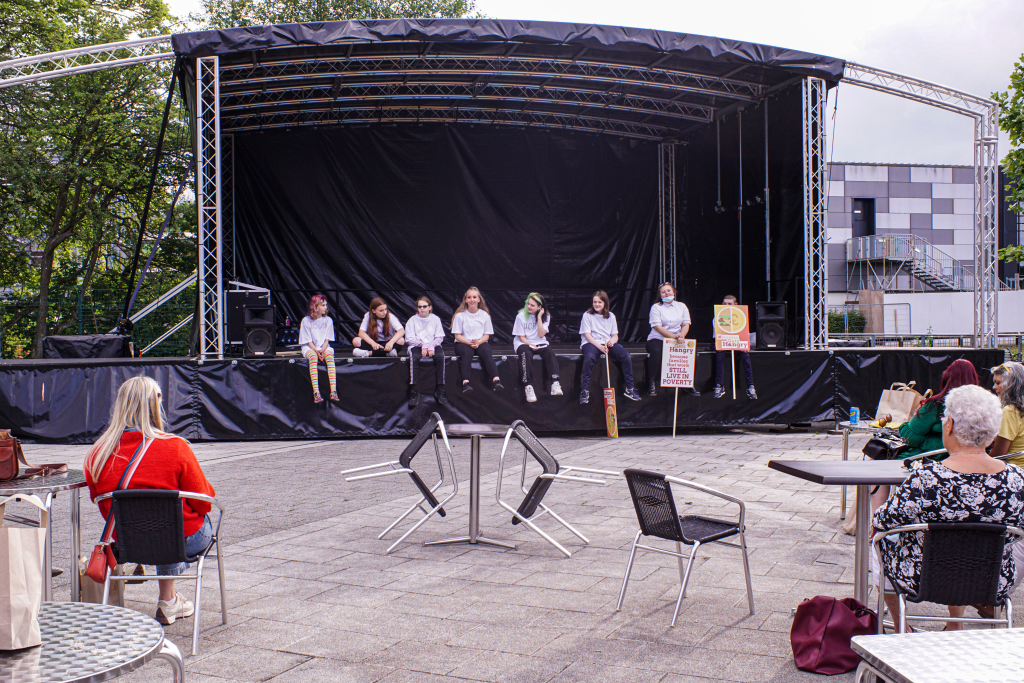 Raising the profile of ‘food for health’ with creative engagement

#BurnleyGetsHangry utilised creative methods of engaging CYP in sensitive issues, whilst building confidence in presentation skills and offering the space to make new friends. The overall aim of the project was to support young people and give them a voice to raise the profile of ‘food for health’; the food environment; barriers around food access, affordability and availability; to reduce the stigma associated with food poverty and to engage communities in the agenda. The project included a final evaluation session, to gain insight on key learnings from the group. The evaluation consisted of qualitative interviews and an online survey.

The #BurnleyGetsHangry project supports the overall ‘whole systems approach’ used in HPHF. The collaborative process of working across the different third sector and arts organisations highlighted how multi-stakeholder partnerships allowed for a rich programme of delivery and the opportunity to learn key skills for the participants.

The #BurnleyGetsHangry project will be documented in the form of a toolkit. This toolkit will capture the learning from the campaigns which can be utilised by partners across Pennine Lancashire and beyond. It is hoped that this will inspire and inform further #GetsHangry campaigns and be relevant for LA’s outside of the Pennine Lancashire area and other stakeholders.

The #GetsHangry project is a key output of the social movement strand of the HPHF programme, also known as ‘The Great Big Junk Food Debate’. The aim of the social movement is to utilise and support community action and engagement to improve the food environment in Pennine Lancashire and beyond. The movement hopes to give residents a voice and the opportunity to support change.

The Great Big Junk Food Debate includes a broad range of interventions, campaigns, actions, and acts as an umbrella to encompass the fantastic existing work currently going on across Pennine Lancashire and the new workstreams borne out of the trailblazer. Further, the project touched upon other ‘levers’ of HPHF, discussing the availability of healthy options in supermarkets or takeaways (businesses), and the invitation to Councillors to attend the final protest performance (system leadership). 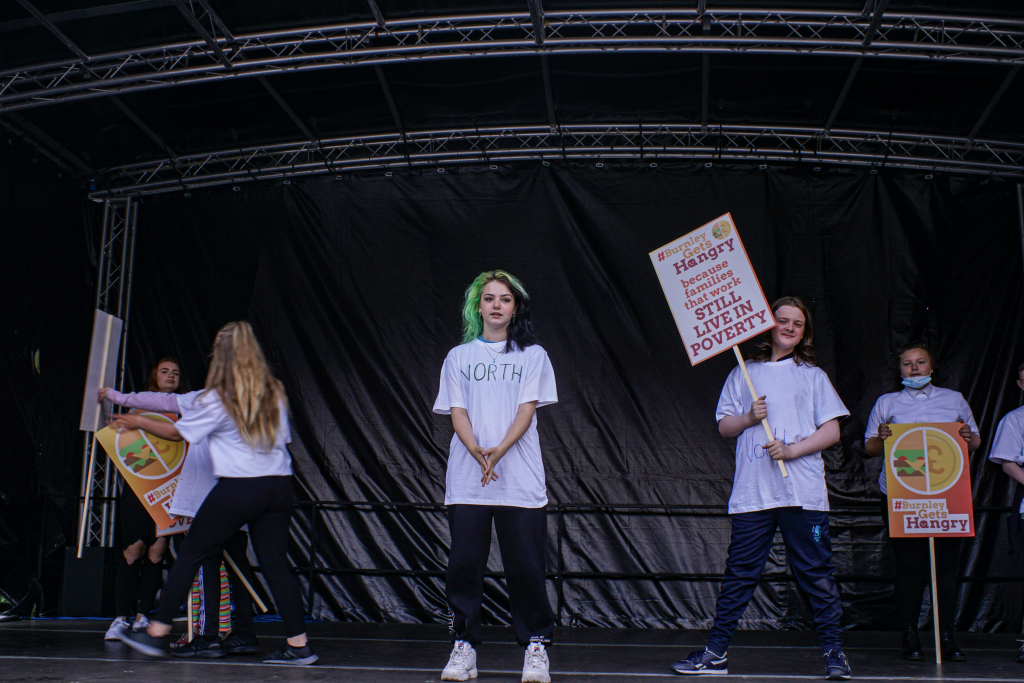 Who were the key people involved?

HPHF instigated the partnerships involved in the #BurnleyGetsHangry project. The partnerships were discovered after attending a monthly online community network meeting. Burnley Youth Theatre set up the initial consultation sessions with schools and local community groups based on their existing good relationships with each organisation.

Listen to the experiences of the young campaigners 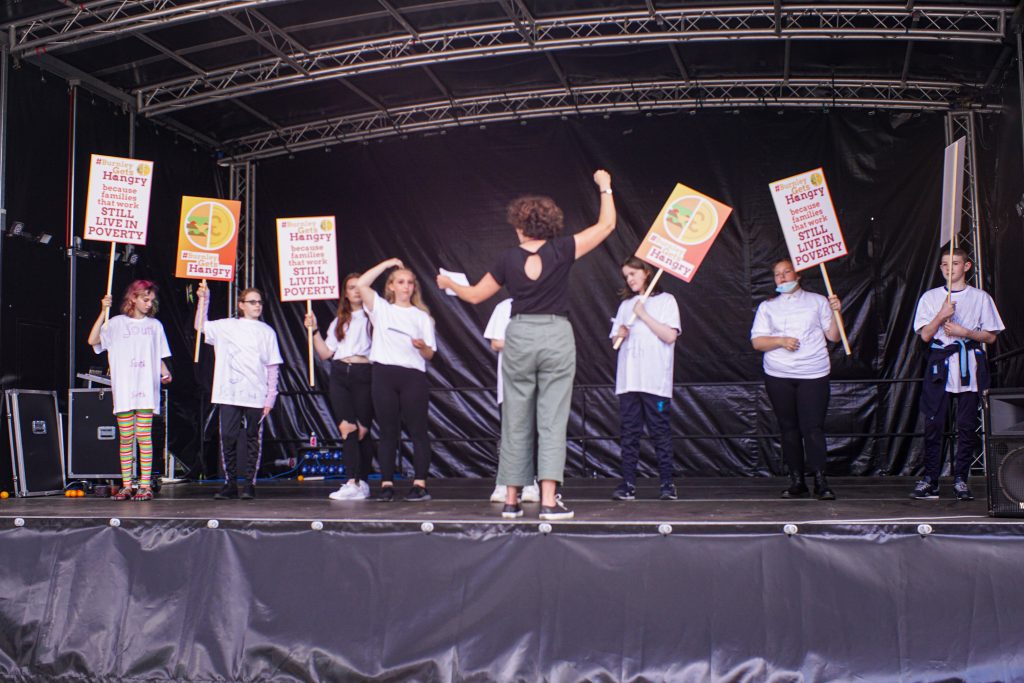 The group, when asked, mentioned that they learnt about inequalities across the UK, cooking skills (including the importance of healthy diets and drinking water), and key issues around food poverty.

What would we change?

The group stated they would like to go into schools to talk about poverty, create the brand for the project earlier on, make the project not just about poverty but wider topics such as healthy eating, wider poverty issues, and social inequalities and finally advertise the project to others in a wider audience.