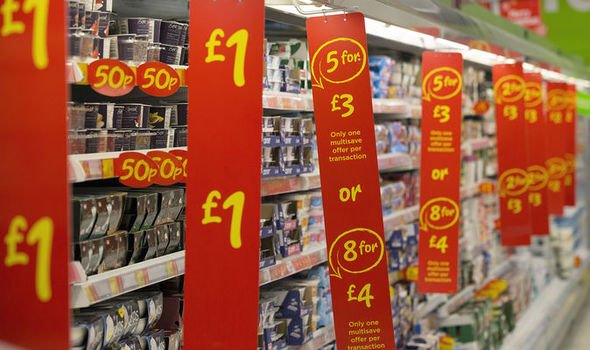 Food Active is seeking the North West’s views on the Governments proposals to restrict price promotions on unhealthy food and drink, as part of the ongoing consultation for the Childhood Obesity Plan Chapter 2.

The Government announced the second chapter of it’s Childhood Obesity Plan in late June 2018. This followed the initial plan, published in August 2016 – which recieved much criticism from campaign groups, regarding it as weak and ‘watered-down’. Apart from the Soft Drinks Industry Levy (more commonly known as the sugar tax, which was announced earlier that year as part of the Spring Budget), the plan was in lacking any bold action that may actually help to tackle the rising tide of obesity.

Chapter 2, however, contains some promising measures, including a 9pm watershed on junk food advertising on television, stricter controls on online media, restrictions on price promotions and placement of unhealthy food and drink, banning the sale of energy drinks to under 16/18s and much more. It is by no means perfect, but certainly an improvement on the first chapter just over two years ago now.

The bad news however is that these proposals are to go under consultation – and we expect a lot of push back the food industry and the marketing/media industry. Prior to the release of the plan, the likes of Channel 4 and ITV had already come out in public to reject the concrete evidence-base that links junk food marketing to unhealthy food and drink consumption, habits and weight in children following increased calls for a 9pm watershed from the likes of the Obesity Health Alliance. Therefore, it is crucial that we too respond with an evidence-based argument that also represents the views of our local population in the North West.

As part of our response to the consultations, we are calling on the North West public to share their views on these proposals to help inform our response. This time, it’s price promotions on unhealthy food and drink.

The Government recognises that where food is placed in shops and how it is promoted can influence the way we shop and it is more common for HFSS products to be placed in the most prominent places in store and sold on promotion, e.g. with ‘buy one get one free’ offers. Whilst some retailers have taken the first steps to redressing this by removing confectionary from checkouts or restricting price promotions, the Government believes that wherever parents shop, they shouldn’t be bombarded with promotions for HFSS products.

We agree with this statement, and from previous research studies with parents we have found many parents in the North West have expressed frustration at the number of price promotions on unhealthy food and drink compared to healthier options, and how often their children are drawn to these promotions.

Thus, in order to create a ‘level playing field’, they are proposing the following:

What do you think about these proposals?

We are asking all those over the age of 16 in the North West (Merseyside, Greater Manchester, Cheshire, Lancashire and Cumbria) to share their views on the proposals and tell us about some of the price promotions you have purchased, where and what type of food and drink it was.

The survey takes roughly 5-10 minutes to complete, depending on how much detail you would like to give us. Please do share this survey amongst your friends, family and colleagues to ensure we hear from as many people in the North West as possible.

Price promotions on unhealthy food and drink: Have your say here

Make sure the North West has a voice in the wider national discussions around policy measures to tackle the growing concern of obesity that continues to blight the health and wellbeing of children, young people and adults in the UK.