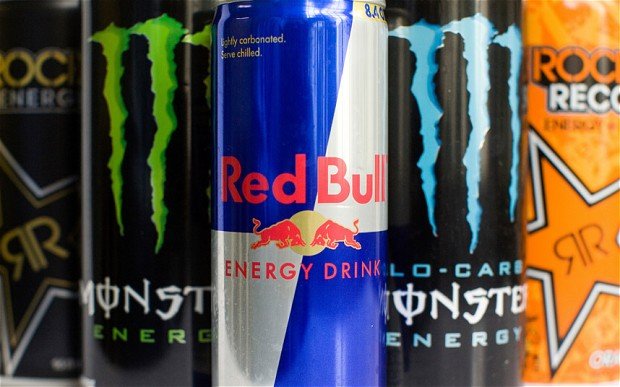 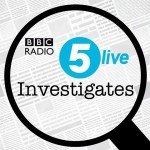 The programme coincided with the release of new research from FUSE (The Center of Translational Research in Public Health) investigating children’s perceptions of energy drinks. The study found children as young as 10 are buying energy drinks for as little as 25p. Speaking in the programme, Robin discusses the marketing of these drinks to children, including the sponsorship of sports events, teams and personnel such as the new Monster Lewis Hamilton, 3-time F-1 World Champion, who will most likely to be idol to thousands of teenagers worldwide.

Following the programme, the teachers union NASUWT called for energy drinks to be banned from school premises, calling energy drinks “readily available legal highs” which contribute towards bad behaivour in school. Whilst many  schools do not allow children to bring them into school, there is nothing to stop them visiting the newsagents on their route to and from school. However, this is not the first time concerns have been raised about children consuming energy drinks. Researchers, teachers, parents and the public health community have long been calling for a ban of the sale of energy drinks to children and arguing they are not suitable or safe for consumption.

What are energy drinks?

There are a wide range of different energy drinks on the market from different brands with different flavours. Some most popular and recognisable brands in the UK are Red Bull, Monster and Relentless, Rock star and Boost. Although there are many own-brand varieties from supermarkets which are often sold at a discounted price.

Why are they such a concern for children?

Firstly, energy drinks contain a significant amount of sugar. As most of us know, consuming too much sugar is bad for our health and the Government is introducing several policies to reduce the amount of sugar we eat, including the Soft Drinks Industry Levy (or ‘Sugar Tax’) and a wider sugar reduction programme. Typically, children aged 11 years and older and adults should only be consuming 30g of free sugars a day. Children aged 7-10 24g and 4-6 year olds 19g. However, a 500ml can of Rockstar Punch Guava contains 79g of sugar – the equivalent to almost 20 sugar cubes, which is also the same amount of sugar as 3 chocolate doughnuts and is 263% of an teenagers and adults recommended daily intake of sugar.

Another concern of energy drinks is the amount of caffeine added to these drinks. Caffeine offers a temporary energy boost, stimulating the nervous system and enhancing performance and concentration. However, excessive intake of caffeine can have some side effects, especially for those who may be sensitive to caffeine. Some of these effects can be irritability, nervousness, headaches, disrupted sleeping patterns, increased heart rate and upset stomachs. Furthermore, children are often more sensitive to caffeine than adults and can feel the effects for prolonged periods of time, which may reduce children and teenagers ability to concentrate and learn during school time. There is no official recommendation for caffeine intake other than pregnant women (who are advised to limit to less than 200mg a day). However, the European Food Safety Authority recommends that consuming 3mg per kg of body weight is safe to consume and will have no health effects. This means that an average 13 year old boy weighing 45kg is safe to consume roughly 135mg caffeine daily – yet, a 500ml Monster Assault contains 160mg of caffeine. Infact, hidden in the labelling information the can states “High caffeine content. Not recommended for children, pregnant or breastfeeding women or people sensitive to caffeine.” However, this recommendation is not legislated and the British Soft Drinks Association continue to insist the products are safe.

There are also several other supposedly stimulating ingredients added to energy drinks, such as Taurine, Guarana, Ginseng and others. Whilst there is no evidence to suggest these ingredients are harmful, we do not know what the effects of long term consumption may be and the quantities added to these drinks are often so small that any stimulating properties they may have will not be experienced from consuming an energy drink.

Energy drinks are not healthy choice and one can often takes us past our recommended intake of free sugars and excessive amounts of caffeine in a single sitting. The research from FUSE also found that children are less aware of the caffeine content of sugary drinks, with some participants claiming they would like the sugar and caffeine information to be labelled clearer.

We must raise children and teenagers awareness of the health harms and that regularly consuming excessive amounts of sugar can have several negative implications to our health. To find out more about the ingredients and concerns of energy drinks, read our GULP Energy Drinks Briefing Document.

To listen to the BBC5Live programme on IPlayer, follow this link (only available for 30 days after airing)