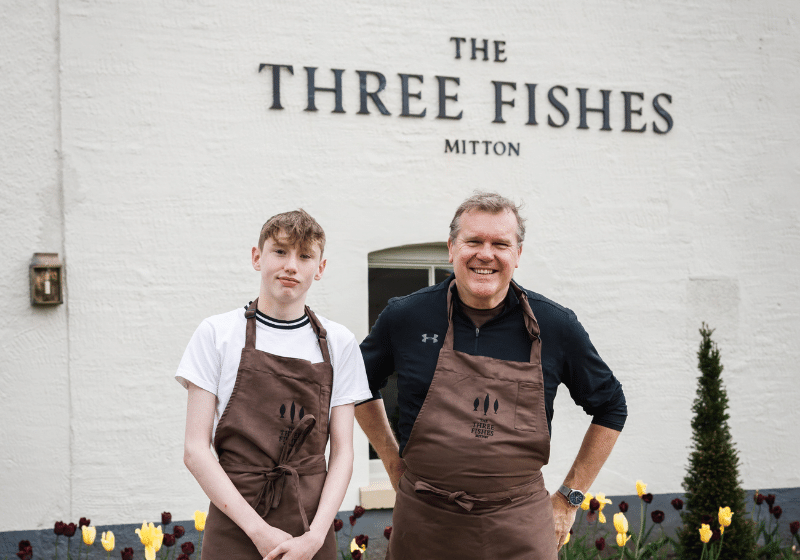 What is the Great Big Pan Challenge?

The Great Big Pan Challenge was a concept developed by a group of partners across Blackburn and Darwen to galvanise the energy around Pennine Lancashire to become a food resilient community, helping the community to find long- term solutions to food access and availability during the Covid-19 lockdown of Spring 2020. The challenge was an initiative to encourage local residents to be creative in their cooking, to support community members to share their ideas and inspiration, and to raise awareness of food insecurity and the difficulties residents may face in preparing healthy, varied meals for their families. The challenge was run by the Healthier Place Healthier Future project team and supported by Blackburn Youth Zone, Blackburn with Darwen Council Comms lead, and Blackburn College.

The prizes of the competition included a cooking session with Nigel Haworth, a Michelin-starred chef and Northcote founder (donated by Nigel himself).

You can find out more about the challenge here.

The winning recipe was a tasty chickpea, lentil and potato dahl.

Following delays due to Covid-19 pandemic, last week the cooking session with Michelin-starred and local chef Nigel Haworth finally took place. The session was very kindly donated by Nigel himself, who is the co-founder of the Michelin-starred restaurant Northcote and the Three Fishes, both situated in Ribble Valley.

On Saturday 23rd April the runner up Mylo Newsome put on his apron and got his hands dirty in the Three Fishes’ kitchen, cooking up some delicious recipes with Nigel himself including a bread making session, a tour of the restaurant’s sustainable gardens and followed by a four-course lunch for Mylo and Mum Wendy, prepared by Nigel himself.

“This has been such an incredible experience and a real boost for Mylo, which has re-ignited his passion and enthusiasm for food and cooking, which he really took an interest in during the pandemic. Nigel and his team were excellent and so friendly.”

Huge thank you to Nigel for donating this generous prize and for his support on the challenge.

Interested in running your own Great Big Pan Challenge locally?

The HPHF team have developed a Great Big Pan Challenge toolkit to support other areas to deliver their very own challenge. Access the toolkit and other resources from the HPHF programme below.