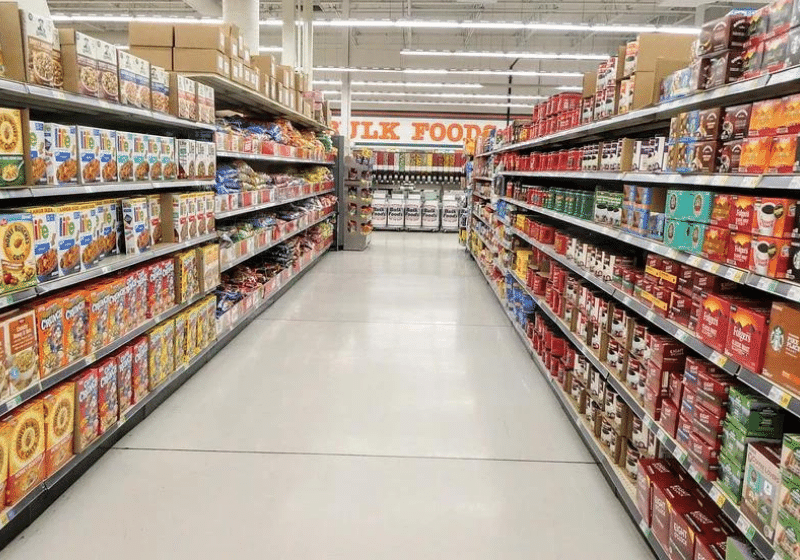 Hattie Burt is a Registered Associate Nutritionist and Policy and Communications Officer at Consensus Action on Salt, Sugar and Health. In this latest guest blog for Food Active to mark Salt Awareness Week 2022, Hattie reflects on the progress of salt reduction in the UK and shares some international examples, which provide insights into why and how more needs to be done to reduce salt intake in the UK.

This year we are celebrating our 23rd Salt Awareness Week, which is taking place between 14th and 20th March 2022. We are shining a spotlight on a simple but effective approach we can all take to improve our health – shaking the salt habit – or rather, getting the food industry to shake their salt habit. In the UK, and globally, we are all consuming too much salt, leading to high blood pressure, and increased risk of stroke and heart disease. Salt reduction policies targeted specifically at the food industry are necessary because our food comes ‘ready salted’. Three quarters of the salt we eat each day is already in packaged and prepared foods – not just crisps and ready meals, but bread, sauces, soups and takeaways to name a few.  Simply telling people to eat less salt does not work when our food is full of it.

The UK’s salt reduction programme is centred around a set of voluntary salt reduction targets for products that have salt added during manufacturing, including the ready meals, bread, soups and sauces mentioned earlier. First introduced in 2006 and covering more than 80 categories of food, the targets aim to encourage companies to gradually reduce the salt content of their products. Between 2006 and 2011, when the targets were closely managed, the salt content of many food products fell by 20% to 40%, which was accompanied by significant reductions in average salt intake, blood pressure, and deaths from stroke and heart disease. Key to the success of the targets was that they encouraged gradual reductions in salt content, as it meant changes went unnoticed by consumers, and therefore had no impact on sales.

Despite the success of the early 2000s, progress has since stalled, with responsibility for salt reduction changing hands several times, at one point ending up under the Department of Health’s Public Health Responsibility Deal – a public-private partnership widely seen as a failure. As a result, in 2018 almost half of the salt targets that were due to be met in 2017 had still not been achieved.

South Africa was one of the first countries to implement legislated salt reduction targets in 2016, and recent evidence shows what can be achieved when salt targets are mandated and well enforced. Following the introduction of the targets, significant reductions of 1.2g/day in average salt intake over an average 4.6 year timeframe were seen, with greater reductions in Black adults (-2.04g/day) and those from low socio-economic groups (-1.89/day), who are at higher risk of high blood pressure, stroke and heart disease1.  These findings put pressure on the UK government to implement similar legislated targets, to ensure that the food industry as a whole, not just those that are so inclined, reduce salt levels in their products.

A Warning From the US

In contrast to the progress seen in South Africa, recent evidence from the US provides a cautionary tale for the UK. In 2016, the U.S. Food and Drug Administration (FDA) proposed a set of short-term, voluntary goals for the food industry to lower salt levels in their products. However, it was not until October last year that they were eventually finalised. Our research, published last month, shows that this delay cost thousands of lives. In fact, if the food and restaurant industries had reduced the salt in their products in line with the FDA’s proposed targets, as many as 265,000 lives could have been saved between 2017 and 20312.

The British public are in danger of a similar plight if the UK government does not implement and enforce mandatory targets, and soon. Because salt targets in the UK are still voluntary and not properly enforced, there remains a big gap between the target salt level and the actual salt level seen in many categories of food, causing thousands of unnecessary and premature deaths every year.

What is the solution?

As the case of South Africa demonstrates, the food industry has numerous ways it can reduce salt content without impacting taste or safety. It can simply use less salt, replace salt (sodium chloride) with potassium salt (potassium chloride), and add tastier ingredients. However, without the level-playing field that mandatory targets provide, individual food manufacturers are reluctant to make these changes.

Join us this Salt Awareness Week in calling for the food industry to Shake their Salt Habit. It’s a technically simple, low cost and highly effective strategy for reducing salt intake that could save thousands of people from unnecessary suffering and deaths from stroke and heart disease.

That’s why many governments, including in South Africa, Turkey, and Brazil, have set legal limits on salt in key foods. Other countries, including Chile, Mexico, and Israel, have compulsory warnings on the front of pack for high salt foods. In the UK, the time is up for asking nicely: strong and decisive action is needed.