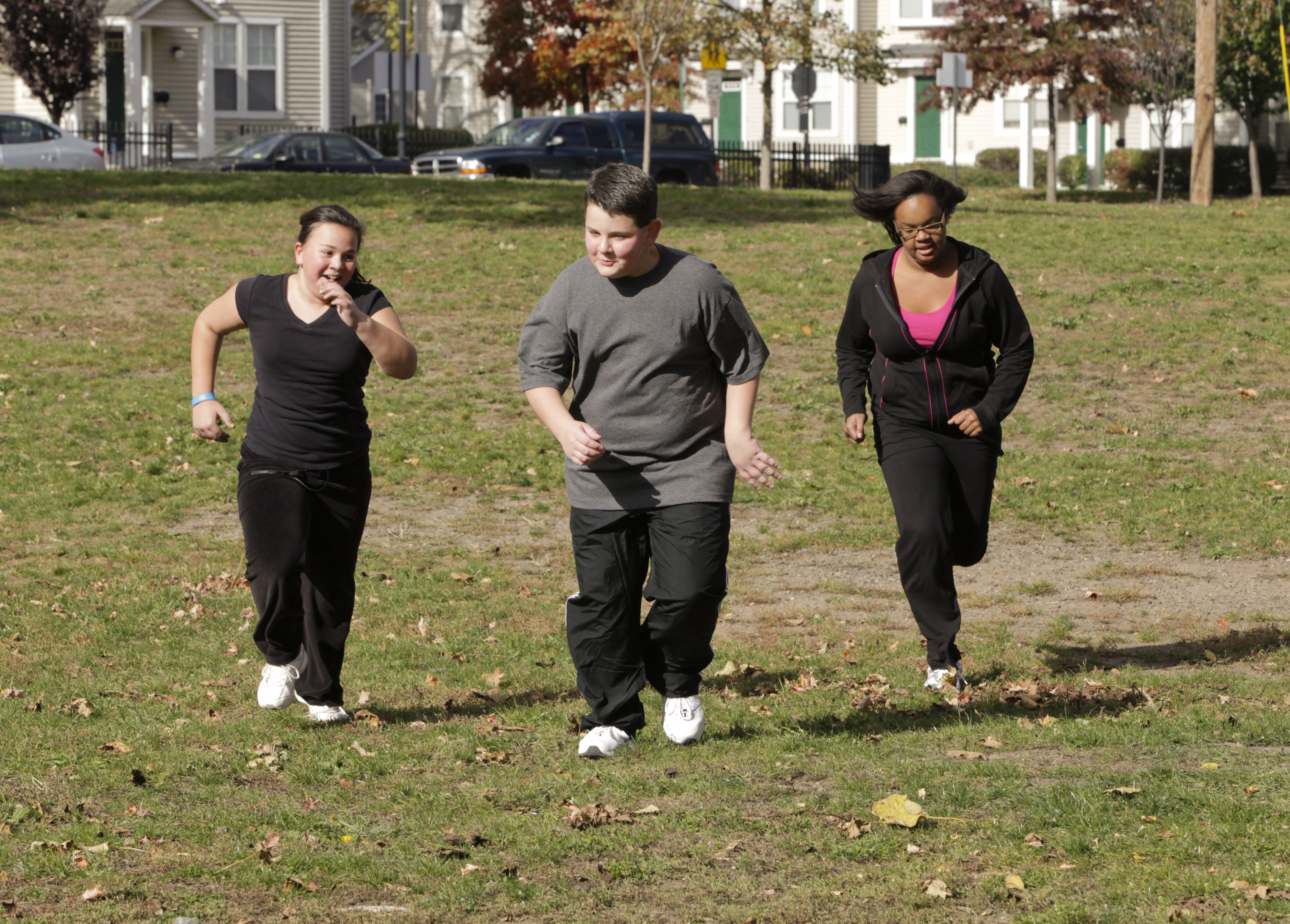 In England there’s a steep social gradient to childhood health including obesity (Noonan & Fairclough, 2018), and this continues into adolescence [Noonan, 2018a]. The social gradient in health is a strong reminder that inequality effects all children’s health albeit those at the very top. So, we should all care about inequality, even if only for our own self-interest. These socioeconomic health inequalities can be explained by the unequal distribution of economic and built environmental resources that we see across society which place the most socially disadvantaged children at greatest risk of unhealthy behaviours, including diet (Noonan, 2018b).

The environment is the driving force behand many lifestyle behaviours including healthy eating, but, in the UK and other developed countries, it’s often the individual that’s seen as the driving force. If you’re obese, it’s your fault. In the case of children, it’s their parents’ fault (Brownell et al. 2010). This blaming and stigmatising culture, disregards and overlooks the very important role food affordability and food accessibility play in food selection and consumption (McEvoy, 2013; Green et al. 2013).

Although it’s difficult to pin down the sole cause(s) of childhood obesity [and rising rates], what we do know, is that the food environment has changed greatly and has played its part. Coupled with the mass marketing and advertising of energy-dense processed food (see Emma Boyland and Jason Halford for detail), there’s also been a significant upward shift in both the accessibility and affordability of these unhealthy foods. It’s these environmental factors coupled with a wider set of social and economic forces and systems which I see as significant contributing factors to changes in children’s dietary habits and health.

It’s well established that food pricing influences food choice, not least for the most socially disadvantaged (Green et al. 2013). Since 2010, living costs in the UK have risen (i.e., food and fuel prices), wages have stagnated, and welfare benefits have been cut heavily (Joseph Rowntree Foundation, 2018; Lancet Public Health, 2018). The consequence of these economic changes is that a majority of families have less money than they otherwise would have had (Davis et al. 2014; Department for Environment Food & Rural Affairs, 2017). The reality is, when family budgets shrink, food choices shift to the cheaper but energy-dense options (Pilgrim et al. 2012). Counter to public health goals [promoting healthy eating], foods containing high levels of fat and sugar cost less than nutritionally rich healthy options (Jones et al. 2014). For example, a Chicago Town pizza costs £1 and a pack of 4 pink lady apples is two and a half times the price. This healthy food pricing conundrum is of course more problematic for the most socially disadvantaged families in society. The families who have experienced job losses, been forced to take lower-paid work or have had their social welfare support cut. Surely, then childhood obesity is not just about personal responsibility?

Food accessibility is another key factor underpinning food choice (Burgoine et al. 2017). I say this because some communities, often the most socially disadvantaged, are poorly served by food stores selling fresh, healthy food. These communities are what’s known as ‘food deserts’. Families in these communities can be car-less and as such find it hard reaching supermarkets outside of the community. They’re often reliant on the high-priced corner shop that has virtually no fresh fruit and vegetables on offer but rather an abundance of processed energy-dense foods.

Liverpool is one of the most deprived parts of the country and has three of the country’s worst food deserts (Corfe, 2018). The city has seen a 10% rise in the number of fast food outlets in the past few years (MRC Epidemiology Unit, 2018). These fast food outlets are heavily concentrated in the most disadvantaged of communities. It’s been known for some time that there’s not a level playing field in terms of accessibility and pricing of healthy food. Little though has been done at a policy level to address these inequalities.

Traditionally, society has taken a treatment instead of a preventative approach to the childhood obesity problem. Indeed, for too long, the focus has been on behavioural interventions alone (i.e., focusing on education and personal responsibility) to tackle childhood obesity and reduce socioeconomic inequalities in childhood obesity. Behavioural interventions are seen as the go to, to tackle unhealthy lifestyle behaviours [physical inactivity, unhealthy eating] and poor childhood health, in this case, obesity. The problem with behavioural health interventions, is that they’re pretty much ineffective in the long-term and do little to tackle health inequities (Mechanic, 2002; White, Adams & Heywood, 2009). That’s not to say that behavioural intervention strategies don’t have a role to play in childhood health promotion. They do. But, they’re limited when the policies and the social-environmental conditions that drive health behaviours are left untouched. Why treat children for obesity and then send them back to the living conditions that made them obese?

For me, a more effective approach to improving children’s health would be to address the structures and policies at the societal level that lead to families having differential exposure to health promoting environments. When the price of healthy foods match or undercut those of unhealthy foods, and when all communities have easy access to healthy food, only then, will it be realistic to expect a positive shift in children’s dietary habits and health. Change is heavily dependent on government policies matching and supporting public health priorities (in this case childhood obesity).

Corfe, S. (2018). What are the barriers to eating healthily in the UK? London: Social Market Foundation.

Noonan, R. J. (2018a). The effect of childhood deprivation on weight status and mental health in childhood and adolescence: longitudinal findings from the Millennium Cohort Study. Journal of Public Health,