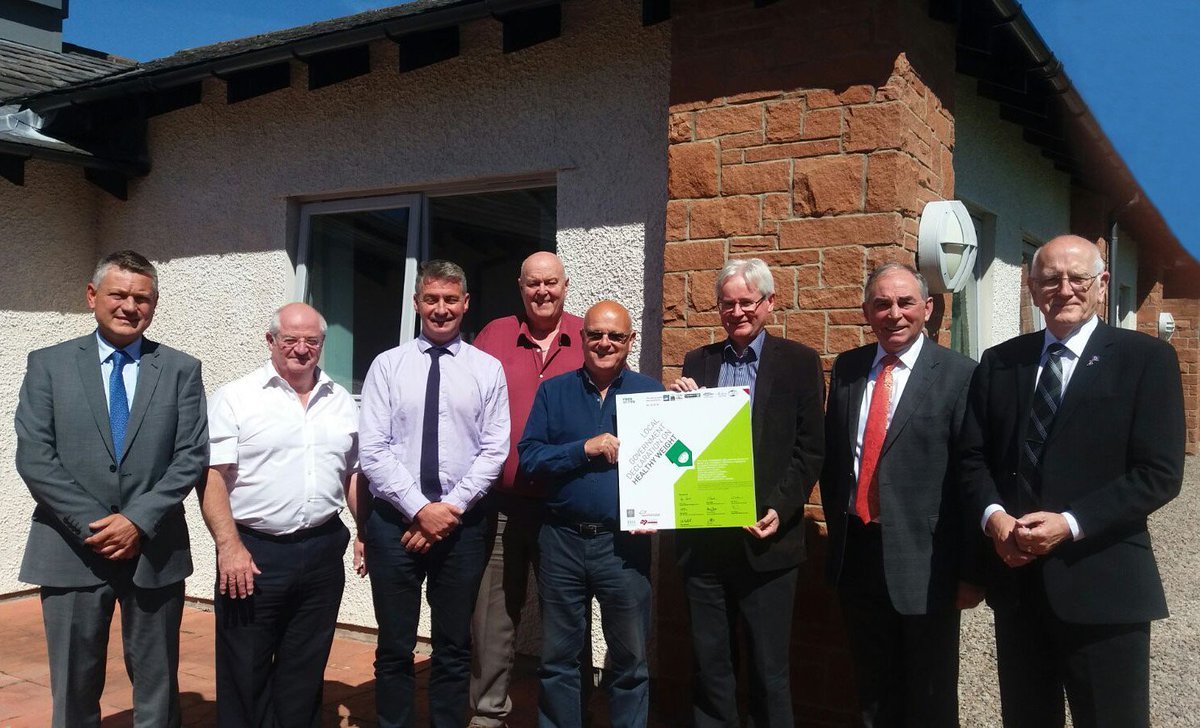 Katherine Taylor is a Project Officer in the Public Health Team at Cumbria County Council.

Cumbria is England’s third largest county and the second least densely populated, with a total population of 497,996. At face value, the county holds some of the most iconic and beautiful landscapes in the country, with the rolling hills of the Lake District National Park attracting millions of visitors every year.

However, behind the beauty of the lakes, there are also some severely deprived areas in the county – twenty nine of the most deprived communities in the country. Cumbria’s life expectancy is slightly lower than England, however this small difference hides significant inequalities. The difference between life expectancy between the most and least deprived wards is 16.4 years for males and 14.6 for females.

Furthermore, some localities in the county experience some of the highest levels of childhood obesity – as many as 41.4% of children start secondary school an unhealthy weight, compared to 34.2% for the national average. Rates of childhood obesity are also rising faster than other parts of the country too, painting a concerning picture for the future generations of the county.

Cumbria’s Public Health Alliance, made up of Health and Wellbeing Forums in Cumbria and the Health and Wellbeing Board including elected members, CCG colleagues, third sector organisations, Public Health England, Fire and Rescue and more started the long road to adoption with a briefing on the current obesity situation in the county to frame the problem in the area and outline key areas for action. It was decided the Healthy Weight Declaration was a suitable and effective framework to achieve these actions and start to tackle the rising tide of obesity in the county. After a number of subsequent meetings, the declaration was taken to the next Cumbria’s Leaders Board in which the next steps and process were agreed. Following this meeting, two Healthy Weight Declaration Task and Finish groups were held to agree on the local priorities of the declaration, to complement the 14 standard commitments outline in the declaration. After going to full council/cabinet in all councils, the declaration was signed off and Cumbria official became the first upper and lower tier local authority to fully collaboratively sign up to the Healthy Weight Declaration.

To mark this momentous achievement by the county, a Health Weight Summit was held in March 2018 in Penrith, which brought together over 100 different stakeholders to outline the issues faced in Cumbria and make ‘obesity everyone’s business’ – including representatives from all district and borough councils, local education, health sectors, local businesses, third sector organisations.

As part of the summit, a series of workshops were facilitated to help encourage discussions around promoting healthy weight across different sectors and various speakers delivered presentations, including Cumbria County Council’s Director of Public Health, Colin Cox, and Robin Ireland, Director of Research at Food Active.

The summit received significant coverage in the local press before, during and in the weeks and even the months to follow, with Colin Cox interviewed on BBC North East and Cumbria Politics Show to discuss Cumbria’s plans to tackle the childhood obesity issues in the county.

On the 23rd June, all Council Leaders officially signed off the declaration at the county’s Leaders Board meeting and the declaration was set in motion. The journey to this point was a long and tricky process, however, with the complexities that are faced when considering the demographics, geography and local authority systems in the county it was always going to be the case.

Now the hard work starts!  We are now looking at how we can take the Healthy Weight Declaration forward alongside the ‘Whole Systems Approach’.  We are now setting our targets and developing locality workshops to establish further stakeholder buy in (both internal and external) and develop action plans that will report to the Cumbria Public Health Alliance.