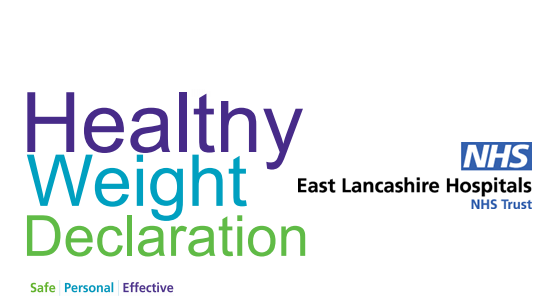 Zac Rayson, East Lancashire Hospitals NHS Trust’s Nutrition Advisor, is a Registered Associate Nutritionist (ANutr) having earned an MSc in Nutrition in January 2015. First involved with the Trust as a volunteer – undertaking such works as developing its food and drink strategy – Zac has been employed full-time since June 2016. Initial responsibilities focused on the Trust’s successful compliance with NHS England’s CQUIN 1b: Healthy food for NHS staff, visitors and patients, and have since grown into an advisory and leadership role on nutrition-related works including the development and implementation of standards, planning and delivery of public health nutrition interventions/initiatives, working in partnership with stakeholders to induce change and the development of resources including Blackburn with Darwen Borough Council’s Primary School Food Policy and Early Years Food and Physical Activity guidance.

Since its introduction in 2016/17, NHS England’s CQUIN 1b: Healthy food for NHS staff, visitors and patients has ignited a renewed approach to healthier eating across hospitals.

The scheme, in tandem with East Lancashire Hospitals NHS Trust’s food and drink strategy, has placed prevention and public health as a growing strategic priority, therefore providing a platform for the Trust’s Declaration on Healthy Weight.

Preceding its creation, Blackburn with Darwen Borough Council signed up to Food Active’s Local Authority Declaration on Healthy Weight. Promoting a whole-systems approach the Local Authority has called out partner organisations to develop and commit to their own Declaration – a call which the Trust has actively supported, which is especially appropriate considering the costs unhealthy weight has on the healthcare system.

Justification of the Declaration was a relative formality including the communication of the case for action to several senior multidisciplinary groups, fulfilling requested amendments and ultimately gaining signed approval from the Trust’s Chairman and Chief Executive. However, promoting healthy weight will not be solved by signatures.

Effective communications and engagement have immediately proven essential to establishing momentum and implementing change. Thankfully, both the communications and engagement teams are on board with supporting the Declaration and its accompanying action plan. This can be best exemplified by their support in undertaking a staff engagement exercise regarding a proposed fiscal intervention to support healthier eating patterns: assisting survey development and communication, over 450 staff responses were received on a voluntary sugar levy (funding a subsidy on healthier food items) as the Trust targets actions on its commitment to support the Local Authority’s aspirations to be a designated ‘Sugar Smart Town’.

Aside from senior buy-in and support from a communications and engagement front there remain challenges in executing actions. This includes limited awareness/understanding of the Declaration’s scope. For example, with a Registered Associate Nutritionist leading on the Declaration’s realisation there’s often a perception that actions are limited to public health nutrition, whereas the Declaration explicitly commits to a multi-level, social-ecological model that challenges a range of influencers on energy balance, including physical activity.

Additionally, funding is an obvious barrier. In an attempt to encourage training for staff on food/nutrition, 10 delegates from the catering department recently undertook the Royal Society for Public Health Level 2 Award in Nutrition and Health. The value of this totalled approximately £1,500. With aspirations to increase the knowledge of staff, visitors and patients of the importance of leading a healthy lifestyle, it’s sought that workshops linking with the BDA Work Ready Programme are held on Trust premises, again likely to demand funding. This isn’t an anomaly considering the potential costs associated with establishing on-site food growing, which are likely to be exacerbated by Private Finance Initiative (PFI) arrangements.

Regardless of such apparent barriers the Trust remains optimistic of its ability enact changes that promote healthy weight, with a tenacious desire to challenge the status quo and support the health of staff, visitors and patients and the wider local community. This will be achieved through the development of new and existing policies/standards, the application of robust communication and engagement campaigns, the procuring of useful resources (where possible) and alterations to the Trust’s environment.