Guest blog: How should foods available from vending machines change to help with obesity prevention?

22 Jan 2019 Guest blog: How should foods available from vending machines change to help with obesity prevention? 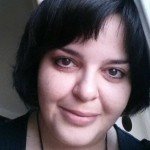 Dr Angeliki Papadaki is a Senior Lecturer in Public Health Nutrition at the Centre for Exercise, Nutrition and Health Sciences, University of Bristol. Her research focuses on understanding the factors that influence dietary behaviour and developing and evaluating strategies to change dietary habits to prevent chronic disease. Her research interests include the development of ways to promote healthier dietary patterns, behaviour change interventions and environmental interventions.

It is likely that almost everyone has used a vending machine at least once in our lifetime. Whether it’s waiting for a flight, visiting someone in a hospital, having a family trip to a leisure centre, wanting a quick snack or refreshment after a gym session or feeling those blood glucose levels fall after hours of studying at a university library, the foods and drinks available from vending machines can offer a quick and cheap way to silence our hunger and thirst. Access to vending machines is also increasing: there are around 420,000 vending machines in the UK and we spend around £1.5 billion per year buying foods, snacks and drinks from them (1).

Creating healthier food environments and ensuring access to healthier food is high in the Government’s agenda (2), and the recent Childhood Obesity Strategy (3) highlights that vending machines should be part of the environmental strategy to make healthy food options more available in the public sector. This could have important implications for obesity control and even prevention, as foods and drinks sold in vending machines contribute to a hostile environment for healthy eating. The evidence for this is overwhelming: foods that are available in vending machines in hospitals (4), workplaces (5) and leisure and recreation facilities (6) are obesogenic and likely to contribute to obesity due to their high energy density, high content of fat and sugar and low content of dietary fibre. My research in one of the largest work settings in South West England showed that vending machines offered mostly obesogenic foods – 81% of available snacks were high in fat, 61% high in saturated fat and 69% were high in sugar, while 75% of drinks sold were high in sugar (7). The availability of these obesogenic foods and drinks from vending machines has been associated with higher body weight (7, 8). So we know that vending machines make obesogenic foods readily available, which presents an important opportunity for intervention. But how can this best happen?

Our group at the University of Bristol has developed an obesogenic dietary pattern score that consists of combinations of foods that people consume and that can capture differences in the energy density, fat and dietary fibre in our diet. Analysing data from the National Diet and Nutrition Survey (9), we found that the foods contributing the most to the obesogenic dietary pattern score in the UK are chocolate and confectionery, white bread, biscuits and cakes, processed meat, butter and animal fat and crisps and savoury snacks. These foods are widely available in vending machines as snacks or in sandwiches. In contrast, fruits, vegetables, high-fibre breakfast cereals, yoghurts and legumes (such as beans and lentils) are the foods contributing the least to the obesogenic score in the UK population. These are the foods that are most effective for protecting against obesity. Young children with the highest obesogenic score are four times more likely to have excess adiposity later in childhood. However, increasing the consumption of obesity-protective foods is twice as effective in protecting against obesity as reducing the consumption of obesogenic foods (10).

As a result of the Childhood Obesity Strategy (3), the non-for-profit organisation ukactive has been tasked by the Department of Health to investigate how to ensure that leisure venues, which play an important role in promoting health in the UK, offer healthier food and drink options (11). Vending machines will be a key focus of this work and we look forward to the results of this initiative, which are bound to be interesting and promising. We need to remember however that, if we want to utilise the vending machine industry to promote less obesogenic diets, it might not be enough to only focus on banning, taxing or using other ways to reduce the availability of obesogenic foods from vending machines (for example by reducing their portion size). It is also not enough to focus only on sugary drinks. For obesity prevention, it is equally, if not more, important for vending machines to make obesity-protective foods readily available (12). Based on our obesogenic dietary pattern score (9), fruits with a long shelf life (e.g. apples, oranges), salads and vegetables (e.g. carrots) in sticks or other serving forms, individual portions of breakfast cereals that are high in fibre, yoghurt pots and pots of pulses (e.g. in the form of hummus or bean salads) provide excellent options that could be made available from vending machines to replace some, or a higher number of obesogenic foods that are currently available.

This improvement in the balance of available foods could mean that vending machines will be able to promote healthier products that protect against obesity and a healthier, less obesogenic food environment.