Guest Blog: ‘Two thirds of UK adults are “failing” to maintain healthy weight – is it simply their lack of capacity of making healthy choices in life?’

Home > Blog  > Guest Blog: ‘Two thirds of UK adults are “failing” to maintain healthy weight – is it simply their lack of capacity of making healthy choices in life?’ 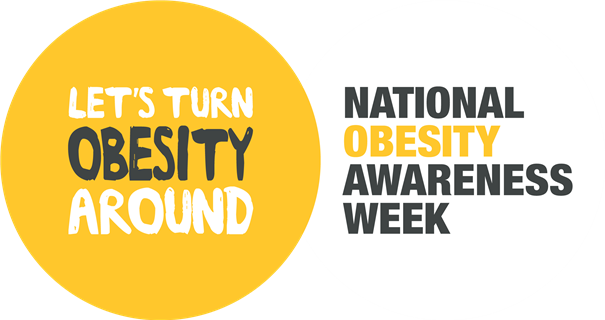 09 Jan 2018 Guest Blog: ‘Two thirds of UK adults are “failing” to maintain healthy weight – is it simply their lack of capacity of making healthy choices in life?’

Magdalena Muc is a new volunteer Food Active. Her interests include the role of obesogenic environment in population’s health, public health campaigns and interventions against obesity. Before joining our team, she was a researcher working in the field of medical sciences with a focus on epidemiology and clinical aspects of obesity, Type 2 diabetes and their association with asthma. She obtained her MSc in Biology in Jagiellonian University, Cracow, Poland and her PhD in Coimbra University in Portugal. Recently she worked at Liverpool School of Tropical medicine investigating obesity, metabolic syndrome and Type 2 diabetes in low- and middle-income countries.

Obesity awareness week (8th-14th Jan) invites people in the UK to uptake a New Year’s resolution to improve their health. This is one of many initiatives we witness recently as the response to global obesity epidemics affecting people of all ages. During this week people are encouraged to implement healthy changes in their lifestyle to achieve or maintain a healthy weight.

Let’s start with the reminder of why is obesity such important issue and why we need to continuously raise awareness and educate about it. Obesity is a serious health problem and in 2015 68% of men and 58% of women and one in three children in the UK were overweight or obese. Obesity-attributable diseases such as type 2 diabetes, coronary heart disease, some type of cancers, stroke and more cost NHS an estimated £6.1 billion pounds per annum. The numbers are alarming and so are the prognosis if we don’t act, that’s why it is so important to continuously spread awareness and promote healthy changes.

While each year many of us make a New Year’s resolution to do more exercise or eat better why is it that these good intentions often have a short lifespan? What makes it so difficult for us to live healthily as still two third of people in UK are overweight?

Obesity is a multifactorial disease, caused mainly by lifestyle factors such as sedentary behaviours, unhealthy diet and low physical activity. It is related to high morbidity and mortality rates but also a strong social stigma and has a cyclical interaction with mental health. As we are starting an awareness week, it is important to talk about obesity without stigmatizing those affected by this disease and to spread the awareness in a smart and responsible manner. It is necessary to understand that to tackle obesity epidemics we cannot focus solely on individual choices. Let’s compare UK population to a school class. If two children in class fail math’s exams, we can say they might be “just bad at math’s” and probably should spend some more time studying. However, if 2/3rd of the class fail, we might want to have a look at the teaching methods run at this school. We have 2/3rd of UK citizens “failing” to maintain healthy weight, is it simply their lack of capacity of making healthy choices in life?

We know the role of environment in determining populations health and obesity rates which is reflected in the differences in obesity prevalence between regions in UK. Inequality and deprivation correlate with health outcomes and overweight rates with a clear north to south gradient. There is a documented disparity in health and mortality for at least five decades affecting more north of UK and if these differences are so consistent and clear, that we cannot ignore the role of physical and socioeconomic environment influencing our lifestyle, including diet and physical activity. Environmental interventions on national and local levels are necessary to combat obesity. For UK 2018 will mark as the year sugar tax will have been introduced (due 06.04.2018). This policy is a result of intense campaign by public health professionals and activists, including Action on Sugar, the Obesity Health Alliance and of course Food Active’s campaign Give Up Loving Pop. As the evidence from other countries has shown, this policy has a potential of decreasing the consumption of sugar sweetened beverages (and in some cases, increase the sales and consumption of water. Read more about the evidence on sugar taxes here).

Although we know that the food taxes are effective interventions, especially for those with lower socioeconomic status, individual-focused interventions gain more public support than environmental or economic policy changes. Critics of environmental policies argue that it should be down to an individuals’ free choice whether to buy and consume sugary beverages and our choices should not be government regulated. But how free and uninfluenced our choices really are? We live in a society with omnipresent advertising of unhealthy foods, aimed at adults and children. Can we still say we have the freedom to choose? If marketing and advertising did not increase the consumption, companies would not invest huge sums of money, time and efforts on making adverts and on fighting back on policy changes proposals. But they do.

Policy changes are a powerful and effective tool in tackling obesity problem. The Local Authority Declaration on Healthy Weight was developed by Food Active in 2016 to support local authorities in tackling their obesity issues. We invite local authorities to declare their commitment to implement healthy changes, aligning policies across departments to improve the health of local populations. However, policy changes cannot be achieved solely through dialogue between public health professionals and policymakers. Mobilisation of the public is crucial and each one of us can work as a catalyst to policy implementation.

This is our idea for your New Year’s resolution aimed at fighting obesity crisis. Along with improving your diet and physical activity lets support and demand environmental changes, influence local policymakers. We need them to provide not only awareness and education but also right environment and tools to make it easier for people to make healthy choices and make them feel in control of their bodies and health.