Guest Blog: Why do food insecurity and obesity coincide? 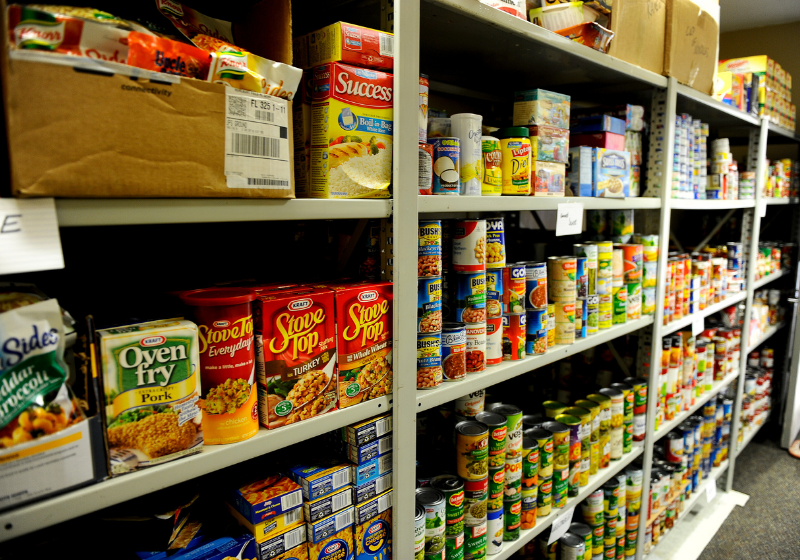 09 Dec 2020 Guest Blog: Why do food insecurity and obesity coincide?

In our latest guest blog, we hear from Dr Charlotte Hardman, Senior Lecturer of Psychology at University of Liverpool, to highlight the complicated relationship between obesity and food insecurity – both areas which have been subject to significant discussions during the Covid-19 pandemic.

The Covid-19 pandemic has been immensely challenging, but particularly for those households who were already struggling with finances and putting food on the table. “Food insecurity” refers to insufficient and unpredictable access to healthy nutritious foods. Even before the pandemic, an alarming number of households in the UK were experiencing food insecurity, with many people unable to afford food and dependent on foodbanks. During lockdown,  food insecurity is estimated to have quadrupled.

Being food insecure has far-reaching consequences for people’s lives including increasing the risk of poor diet quality and obesity. It is also incredibly stressful to be constantly worrying about whether there will be enough food to feed oneself and one’s family. Recent research has shown that many foodbank users have mental health problems, which are likely to be exacerbated by the daily stresses of being food insecure.  Stress can also lead to unhealthy food choices and weight gain, and one reason for this is that some people might use food as a way of coping with distressing life circumstances. Foods typically used to cope are high in calorie content, such as chocolate, cakes and crisps.

In our recent study, conducted before the pandemic, we wanted to gain deeper understanding of the psychological factors (e.g. thoughts, feelings and behaviours) which influence diet and body weight in people who experience food insecurity. A lot of research has already focussed on issues such as food access and affordability; however, much less is known about psychological factors. This knowledge is important because, by furthering our understanding of the broader context of food insecurity, this can lead to ways of supporting people with healthy behaviours during times of crisis.

The study, recently published in the peer-reviewed journal Obesity, was a survey of more than 600 adults from the North west of England. They were asked about their levels of household food insecurity, stress, ways of coping with stress (e.g. by consuming food or alcohol), diet quality, and they also reported their height and body weight to calculate body mass index (BMI). Some of the participants were recruited from food banks to ensure that the voices of people experiencing acute food insecurity were represented.

These findings show that the relationship between food insecurity and obesity is not straightforward. In terms of reducing obesity and improving diet in food insecure populations, the study suggests that stress and subsequent coping behaviours involving food are really important. The next steps are to extend the study to look at different population groups, and work with stakeholders to translate the findings into practical solutions.

This research also highlights the need for food insecurity and healthy weight agendas to work together, however  there are a number of instances during the pandemic when these two agendas have been conflicting. For example, Walkers have recently launched a new Christmas campaign, whereby for every packet of crisps purchased they will donate 5p to the Trussell Trust. And earlier this year, Fareshare teamed up with Asda, Richmond sausages and Rustlers Burgers in a ‘you buy one, we donate one’ scheme, providing foods such as burgers, meatballs and sausages for vulnerable people.

The bottom line is that healthy and nutritious foods should be available, accessible and affordable to all, and this is a major recommendation of the UK’s National Food Strategy. There are some great examples of initiatives working to achieve this (such as the Alexander Rose Fruit & Veg Vouchers Project), and Marcus Rashford’s voice has amplified the issue of food poverty to great effect. However, there is still a long way to go.

Charlotte Hardman is a Senior Lecturer in Psychology at the University of Liverpool. She does research and teaches on the psychology of appetite, eating behaviour and obesity. She is an investigator on the Rurban Revolution Research project (funded by BBSRC, ESRC, NERC and the Scottish Government) which is focussed on urban food growing and its impact on health, sustainability and resilience.