Guest Blog: Words matter. How we talk about children’s health. 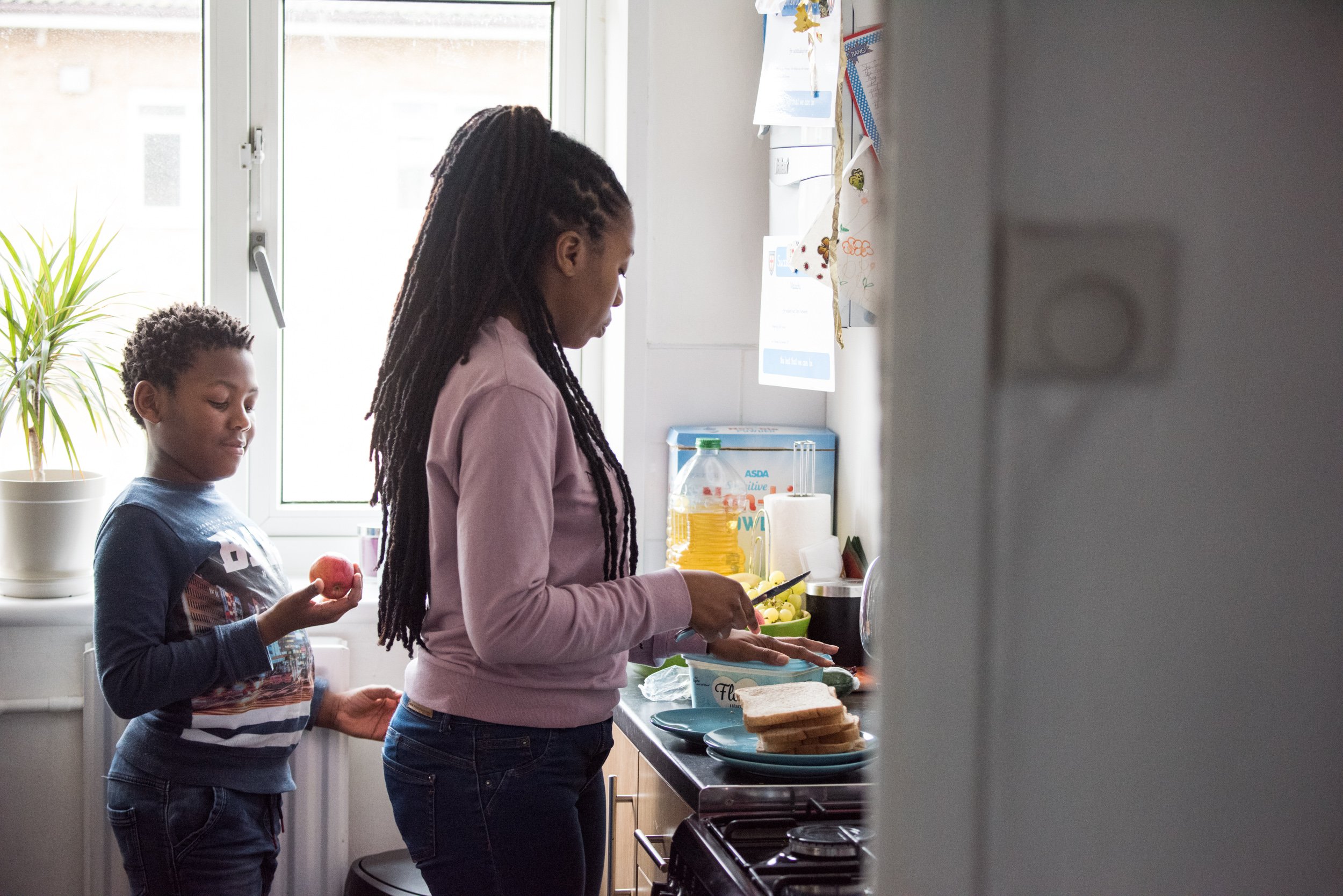 To mark this year’s World Obesity Day (4th March), we hear from Programme Director of Childhood Obesity at Guy’s & St Thomas’ Charity, Sarah Hickey, to find out more about their ten year programme to address childhood obesity in South London.

The evidence on childhood obesity conflicts with public understanding of the issue.

Guy’s and St Thomas’ Charity is three years into a ten-year programme to tackle childhood obesity in South London. We aim for a programme that is both evidence-led and evidence-creating, sharing lessons with others around tackling childhood obesity in inner cities. The international evidence base and insights from local families has shaped our programme goal: to tackle the ‘childhood obesity inequality gap’. In our area, your chances of growing up overweight or obese double if you are living in the areas of lowest average income compared to children growing up in the wealthiest areas. The evidence has also shaped our approach, which aims to transform the areas in which children and families spend their time to ensure that these spaces make nutritious diets and everyday activity the easiest option. We are doing this in lots of ways, from working with supermarkets to redesign store layouts, to supporting community groups who provide children with space to run and play.

Though we think the evidence is clear that childhood obesity is an issue driven by unequal access for children to the things they need to be healthy, the general public often think about the issue as one of information and (parental) willpower. When people do recognise that the issue is one of structural forces, they tend to assume that these cannot be changed. This way of thinking about childhood obesity is common across income, geography and education levels.

This creates a barrier around progress, and one that we can unintentionally reinforce.

The conflict between the evidence and public understanding means some of the energy given to tackling the issue may be directed towards less effective solutions. For example, if we think that lack of knowledge about healthy eating is the problem, then information campaigns are the obvious answer. But the evidence base suggests that this type of solution on its own can widen health inequalities. Worse, these assumptions can make the issue into a moral one; ‘some parents choose not to feed their children healthy diets’, bringing judgement and stigma to families already facing challenging circumstances. Worse still, some of our own messages as advocates and campaigners can unintentionally reinforce these assumptions in people’s minds.

Reframing the conversation should be approached as a scientific endeavour

Over the past two years we have been working with FrameWorks Institute to design and test the ways in which communications can help to ‘reframe’ public understanding of childhood obesity. This process has involved using ethnographic methodologies to uncover how people think about childhood obesity, and the underlying commonly held values underpinning these assumptions. Then to design and test at a large scale the messages that make people think differently, and for this new understanding to stick over time. We think this kind of scientific approach is the best way to create change. We see its success in large scale social movements such as the Marriage Equality Act in the US and Ireland and its growing power in changing the UK conversation about poverty.

We have changed how we talk about the issue in our Charity.

Based on this research, we no longer start with statistics when talking about childhood obesity. Rather we start by prompting the wider issue of children’s health and a value that widely resonates: ‘Every child deserves access to the things they need to be healthy’. This primes people to really hear how families’ circumstances – their income and where they live – can support or hinder a healthy diet. Certain metaphors are helpful in reinforcing that the issue is structural: ‘junk food is often in the spotlight, whilst fruit and vegetables rarely take centre stage’. Even words matter. Talking about food ‘options’ rather than food ‘choices’ reminds people that our eating behaviours are highly influenced by what’s accessible, available and attractive, and that many areas in our cities are flooded with the unhealthy, making eating well difficult. Finally, we emphasise that ‘food systems are designed and can be redesigned’, to ensure that we promote action, and not inertia around tackling the issue. We think that while the subject is complex, many of the solutions needed are not complicated; we work with a wide range of partners to change our local food systems over a decade and hope many more will join us in this mission.

If we can scale the use of these messages, we have the potential to change understanding.

We are developing a communications toolkit, due to be launched shortly, for anyone talking publicly about childhood obesity, based on this research. This is not a script to be followed, rather communications principles that can be adapted to specific organisations, formats and priorities. Our vision is to reshape the public conversation on childhood obesity to the extent that we change public understanding. This would direct much needed sustained energy and resource towards evidence-based solutions. Look out for updates on the toolkit by following us on Twitter @GSTTCharity