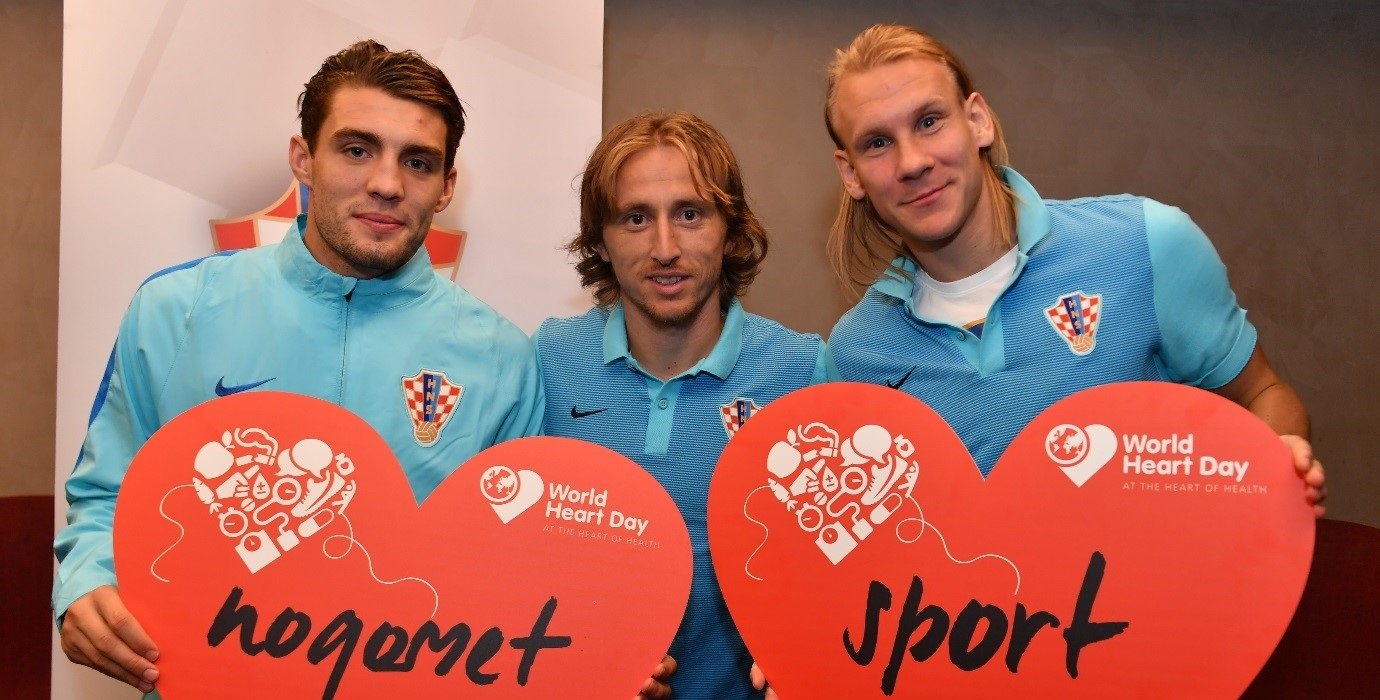 From Stonewall’s rainbow laces campaign in the UK to NFL stars highlighting racial injustices in the US, sport can be a powerful force for individual and collective social change.

Issues surrounding education, employment and training; the rehabilitation of young offenders; and even refugee integration have all been addressed by sports clubs and their community foundations with huge success.

Professional sports organisations are also beginning to recognise the role they can play in raising awareness of health issues – particularly physical inactivity.

Alongside participation in organised sport, physical activity levels are declining in many countries, with major implications for the prevalence of non-communicable diseases (NCDs) and our general health and wellbeing.

That’s why this year, UEFA’s National Football Associations, in partnership with the European Healthy Stadia Network and the World Heart Federation, have pledged to support World Heart Day in 2017.

Held each year on 29 September, World Heart Day aims to raise awareness of cardiovascular disease and to educate people on the benefits of an active and healthy lifestyle.

Cardiovascular disease, which includes heart disease and stroke, is responsible for over 17 million premature death each year and is Europe’s leading cause of death. Regular physical activity – just 150 minutes of moderate exercise per week for adults – not only reduces the risk of cardiovascular disease, but also type 2 diabetes, hypertension, colon cancer, breast cancer and depression.

To help National Associations promote heart healthy messages, Healthy Stadia has developed a bespoke toolkit with template press releases, social media messages and a campaign video to help raise awareness of these issues amongst their fans.

Healthy Stadia is also asking National Association’s to consider organising their own fan-walks to these fixtures to encourage their fans to be physically active and to generate a positive atmosphere ahead of crucial World Cup Qualifying Fixtures in early October.

Fan-walks were employed to great effect at UEFA Women’s EURO 2017 in the Netherlands this summer, with thousands of fans choosing to walk to matches, rather than use their own cars.

This underlines a trend in Europe to encourage fans to consider walking or cycling to stadia on a matchday – with the intention of fostering an active culture where all shorter journeys include an active component.

Several European countries, including Belgium, Netherlands and Poland have developed provision for active travel at their stadia, identifying walking routes, installing cycle locking facilities and communicating with fans on a matchday through social media channels. This has a huge impact on the health of their supporters, both in terms of physical activity levels, but also the air quality in and around stadia.