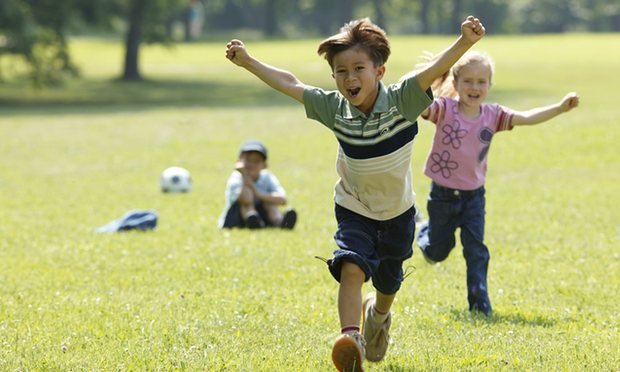 The Health and Social Care Committee has published its recommendations to Government for action on childhood obesity, following a series on inquiries with representatives from the food industry, academic institutions and the third sector.

Steve Brine, Secretary for Public Health, confirmed at one of these inquiries that a second chapter of the Childhood Obesity Plan will be published in the near future. We sincerely hope that these recommendations are used to inform this next iteration of the weak plan that is currently in place.

The key recommendations are concerned with the following areas:

• A ‘whole systems’ approach—an effective childhood obesity plan demands a joined-up, ‘whole systems’ approach. Government must change the narrative around childhood obesity, to make it clear that this is everyone’s business. A Cabinet-level committee should be set up which reviews the implementation of the plan, with mandatory reporting across all departments. We call on Government to set clear and ambitious targets for reducing overall levels of childhood obesity and the resulting health inequalities. This recommendation echoes the principles of the Food Active Local Authority Declaration on Healthy Weight, which embodies a whole systems approach to tackling obesity at a local level. The committments outlined in the declaration ensure those outside of public health recognise their role in the fight against obesity. A local authority level commitment, which encompasses planning, public health, environmental health, leisure and recreation, has the scope to impact significantly on the residents of a council area. We agree with the Health and Social Care Committee that a whole-systems approach is key to improving the health of our populations.

• Marketing and advertising— Endorse the calls for a 9pm watershed on junk food advertising. The next Government childhood obesity plan should include a ban on brand generated characters or licensed TV and film characters from being used to promote HFSS (high fat, sugar and salt) products on broadcast and non-broadcast media, and Government must align regulations on non-broadcast media with those for broadcast media. We wholly support this recommendation, as the evidence linking exposure to cues to consume unhealthy food and drink with poor eating habits and weight status in children is overwhelming. The Obesity Health Alliance, of whom Food Active is a member, has long campaigned for a 9pm watershed and we feel this is a crucial step in creating a healthier environment for all. We have carried out a research project with the Children’s Food Campaign, scoping parents perspectives on junk food marketing to children in the North West. We hope to share the findings soon and highlight areas of greatest concern for parents.

• Price promotions —Government should regulate to restrict discounting and price promotions and on removing confectionery and other less healthy foods from the ends of aisles and checkouts which responsible retailers have requested, through statutory measures. Retailers are carefully placing unhealthy food and drink products in strategic merchandising locations in retail stores which undoubtedly targets consumers to make a purchase. Policymakers should consider both food and non-food retailers in this field, as there is a growing amount of unhealthy food and drink available in the non-food sector.

• Early years and schools—We recommend that the Government should put in place further measures around early years and the first 1000 days of life, including setting targets to improve rates of breastfeeding, to combat childhood obesity, and urge a full and timely implementation of all of the school-centred measures contained in the original 2016 Child Obesity Action Plan. We have recently just launched a new campaign targeted sugary drinks consumption in the early years, called ‘Kind to Teeth’ and forms part of our wider sugar reduction work with the Give Up Loving Pop campaign. The campaign aims to improve knowledge and raise awareness of the health risks associated with consumption of sugary drinks in under-fives with a view to prevent tooth decay and unhealthy weights in the early years, given so many children are starting school with evidence of decayed teeth and weight status above average for their age group.

• Takeaways—The Government’s next childhood obesity plan must make it easier for local authorities to limit the proliferation of unhealthy food outlets in their areas. Local authorities also need further powers to limit the prevalence of HFSS food and drink billboard advertising near schools. Health should be made a licensing objective for local authorities. This should also concern large scale marketing events such as the Coca Cola Christmas Truck, which currently local authorities have little power to stop setting up on private land despite the fact these events are promoting high sugar drinks to children. This has been a priority for Food Active for many years, and believe these events should either be stopped or industry should act more responsibly when marketing unhealthy products to children.

• Fiscal measures—We urge the Government to extend the successful soft drinks industry levy to milk-based drinks. The next Government childhood obesity plan must signal that further fiscal measures are being designed to encourage reformulation of products where targets are not being met. We welcome Public Health England’s recent announcement that industry will now be challenged to reduce the sugar in juice drinks by 5% and limit serving sizes for one-serving portions to the recommended 150ml. In addition to this, milk based drinks have also been set a 20% sugar reduction target. However, the disappointing results from the first year of the sugar reduction programme are not promising nor do they show that voluntary measures have impact. Upstream approaches, such as the sugar tax, may be a necessary move to prompt industry into reaching these targets and play their role in the fight against obesity.

• Labelling—Current progress on labelling in the UK is reliant on voluntary commitments and is therefore not universally applied. Some brands and supermarkets use front of pack labelling, some don’t. Some use the traffic light labelling system, others don’t. Some refer the labelling to the whole portion contained within the product, some refer to half. This can make making healthier choices whilst shopping very difficult and confusing for consumers. Calorie labelling at point of food choice for the out-of-home food sector would provide basic information to enable healthier choices.

• Services for children living with obesity—The government must ensure there are robust systems in place to not only identify children who are overweight or obese, but to ensure that these children are offered effective help in a multidisciplinary approach, and that service provision extends to their families. Throughout our report, the need to focus on ‘healthy lifestyles’ rather than using stigmatising language is emphasised.

We hope that Theresa May’s Government seriously consider these recommendations in the next iteration of the childhood obesity plan, as this will make for a much stronger and multi-dimensional strategy to effectively tackle the rising tide of obesity in the UK.