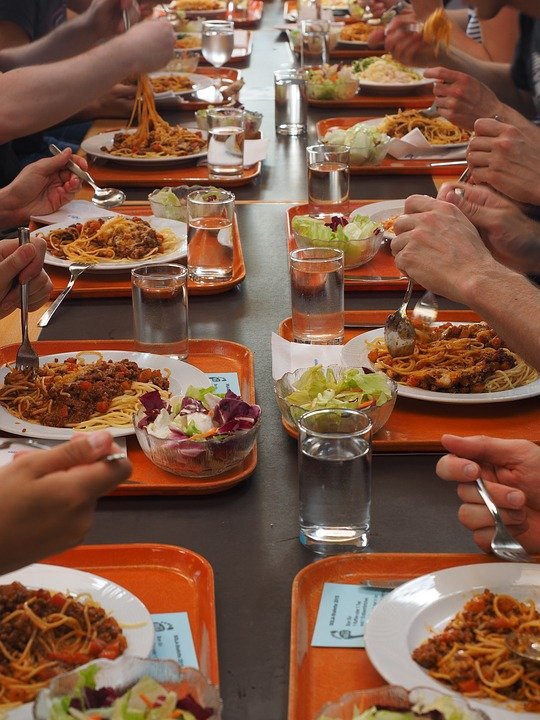 Posted at 11:35h in Blog, Childhood Obesity, Latest News by Beth Bradshaw
1 Like

The UK have had a longstanding history of providing school dinners to primary school children. Earliest records date back to 1879 in Manchester, where destitute and poorly nourished children were provided with free school meals. In 1906, The Liberal Government published the Education (Provision of Meals) Act, which allowed local authorities (LAs) to provide school meals – however, it was not a legal requirement to do so. However, LAs were slow to uptake the act and very few children were receiving free school meals. The 1921 Education Act set out edibility criteria’s for free school meals, however a miners strike meant the act was thrown off course and failed to make an impact.

1944 saw the introduction of the National School Meals Policy, which required school meals to provide a balanced and appropriate level of protein, fat and calories. It became a legal requirement to ensure all school meals were consistent with nutritional standards and children of low income households were provided with a free school dinner every day.

However, under Margaret Thatcher’s Conservative Government, the provision of school food was damaged significantly. Under her first term, she cut funding for free school milk to all pupils. In the second, nutritional standards for school food were abolished and entitlement to free school meals ended for thousands of children in the UK in a move to cut costs. As a result, the standard of school meals reduced dramatically. So much so, a survey carried out in 1999 found that children during the rationing period in the 1940s and 1950s consumed more nutrients with less fat and sugar compared to children growing up in the 1990s.

Jamie Oliver spearheaded the school meals revolution in 2004, through his ‘Jamie’s School Dinners’ series which revealed outside caterers were feeding UK’s children with energy-dense, nutrient-poor foods on a daily basis: turkey twizzlers, potato smileys, chips, pizzas and pies. Average ingredient spend per meal was as little as 40p. Gaining support from several sectors, parents and pupils, school meals became higher on the political agenda in the 2005 General Election. In response, new nutritional requirements which allowed for a more balanced and nutrient rich diet. Servings of deep-fried, battered and breaded foods were now only allowed to be served no more than twice a week.

Under the coalition government, Deputy PM Nick Clegg created the initiative ‘Universal Infant Free School Meals’ (UIFSM). All reception, year 1 and year 2 children of all backgrounds were allowed to claim free school meals – extending the entitlement to an additional 1.55 million children. After only 3 years, Theresa May announced in the Conservative 2017 Manifesto that they would scrap UIFSM and replace with free school breakfasts in the 2017/18 academic year, should they win the general election. As a result, 900,000 children from struggling families would lose their entitlement to a free school lunch The plans would further hit the 60% of Britons working in poverty, despite May pledging to prioritise those families who are ‘just about managing’. Whereas Labour and The Liberal Democrats have pledged to extend free school meals to all children. The Tories have argued free school breakfasts are more cost-effective and improve the performance of children in school. However, campaigners claim that not all children will make it in time for breakfast, yet all will be there to receive their lunch. The plans have gained a lot of negative publicity and several sectors have expressed their anger at the proposal.

Free school meals have had a turbulent history. However, in the face of a childhood obesity crisis, poverty and damaging health inequalities, we should be further investing and improving our school meals policy, not disinvesting. The importance of a hot, nutritious meal during the day for school children cannot be underestimated. No matter which party wins the General Election on Thursday, we need to ensure that our young children continue to receive free school meals and that work on this agenda continues.

Why we should keep UIFSM: