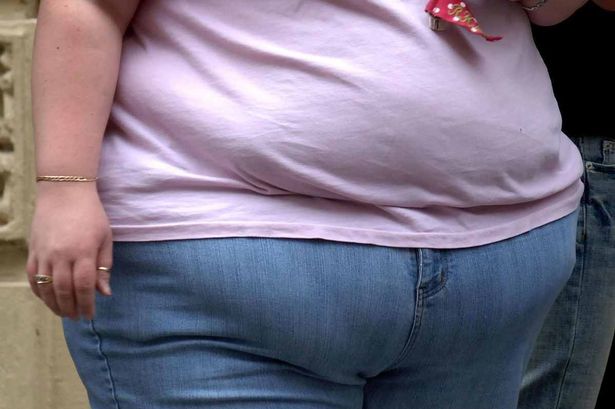 An addiction to cheap junk food has seen the number of overweight people in our city rocket.

Statistics today reveal Liverpool is home to 533 takeaways and fast food outlets – the sixth highest number of all towns and cities in England.

More than two thirds (67.2%) of adults in Liverpool are either overweight or obese – compared to a national average of 64.2%.

Health experts warn this is a ticking timebomb that will lead to more and more cases of heart disease, diabetes and early deaths.

Fast food means families can gorge on cheap grub without even having to leave their car.

She told the Sunday ECHO: “Every day I get takeaway leaflets through my letterbox.

“These places are competing against each other with low prices and it’s bad for people’s health.”

Robin Ireland, director of anti-junk food group Food Active, said: “The link between the number of fast food outlets in a neighbourhood and the prevalence of obesity is growing stronger.”

Mr Ireland called for more to be done to end the “fast food-filled environments in which we live and work”.

Prof Jason Halford, from the University of Liverpool, added: “There is a worryingly large number of fast food restaurants in Liverpool.”

Prof Halford, chairman of the Association for the Study of Obesity, the UK’s weight crisis  taskforce, continued: “A lot of fast food outlets don’t try  to provide healthy alternatives.”

He says there are two types of fast food retailer – large chain companies, such as McDonald’s  or Burger King, and small businesses, such as kebab shops and chippies.

“We need to do more to target people with healthy eating messages,” Prof Halford  continued.

“We may also need to restrict the number of fast food restaurants in any given area, particularly  where there are concerns about them being near schools.

“Foods high in fat, salt and sugar are very tempting, but we need to reduce these items and  make healthy alternatives more attractive and affordable.”

But the restaurant industry says work is being done to improve the quality of food.

John Dyson, food and technical director at the British Hospitality Association, which represents  restaurants, said: “Many of the large chains have done a lot of work in this area.

“They have signed a public health responsibility deal to reduce saturated fat, calories, salt and  trans-fats in their foods.

“The big issue now is working with small, independent takeaways to ensure everybody is  operating in the same way.

“We would encourage   local authorities to work with businesses to improve the food being  served in  the smaller food  establishments.”

“I gave up the junk for me and the kids”

A mum-of-two told how she lost nearly five stone after abandoning her fast food diet.

She told the Sunday ECHO: “I use to like salt and pepper chicken wings from the takeaway.

“I have got an under-

active thyroid gland so the weight just piled on.”

Emma joined her local Slimming World branch in Wavertree while caring for her sick mother to help reach her target weight of 10 stone, down from 15.

She is now half a pound away from her goal.

“My kids are more healthy now too – my daughter loves the Slimming World food.

“It’s definitely something I would recommend to other people.”

The mum warned of the dangers of fast food: “I used to go to the chip shop near my mum’s two or three times a week.

“When my diet was at its worst, I was really depressed and what I was eating was really bad for my health.

“There is a lot of temptation out there. Every day I get takeaway leaflets through my letterbox.

“These places are competing against each other with low prices and it’s bad for people’s health.”

She called on other people eating unhealthy diets to follow her lead.

“There are a lot of obese people out there – even kids now are addicted to junk food,” Emma said.

Jo Young, who runs the Slimming World group attended by Emma, said: “I don’t think I have met a more determined person than Emma.

“She  takes on any task with pure gusto.”

One man’s fast food habit at university inspired him to launch a healthy takeaway.

Thomas Lees, managing director of the Healthy Takeaway Company in Liverpool’s Upper  Parliament Street, was a law student when he spotted a gap in the market.

“Many takeaways use the cheapest ingredients and the cheapest and fastest cooking  methods, which gives an end product with little or no nutrients,” he said.

“But they thrive because many customers don’t care enough to want to know what’s inside  their food.”

He continued: “In my last year of university studying law, I didn’t have much spare time so I was  ordering in takeaways quite often.

“When I tried to find at least a healthier alternative, I couldn’t find a single one, which really  surprised me.

“So I felt compelled to instigate the change myself. There’s no guilt in eating foods that might be high in salts, sugars or fats every now and  then.

“It’s when we consume these foods habitually that it becomes an issue.”

The company’s best-selling item is its cranberry turkey burger, from its range of healthy option takeaways.

“So hard to be healthy”

Sunday  ECHO Health Reporter Helen Hunt says: “As a working mum I would never criticise anyone for taking their children to burger or pizza joints for a quick bite to eat.

“After a full day of work and with homework and a million-and-one household chores in the back of your mind, rolling in through the drive-in and picking up food that is cheap and welcomed by the kids  is an easy option.

“But health experts say too much too often and we’re putting them at risk of a whole host of horrible health problems.

“So the fast food joint has to be a once-in-a-blue moon treat.”