Junk food marketing to children: A study of parents perceptions 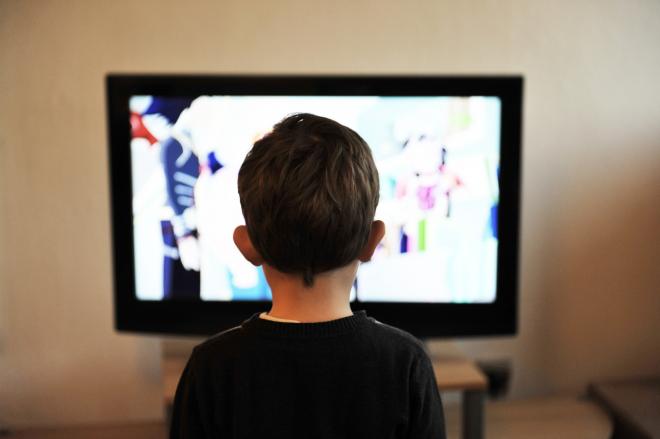 Research by Liverpool-based healthy weight campaign group Food Active and the national Children’s Food Campaign shows that parents in the North West have serious concerns about the negative influence junk food marketing on their children’s eating habits and would support a number of measures to address the problem.

In an in-depth survey of 380 parents living in the North West, 85% said that the marketing of unhealthy food and drink encourages children to request the types of food advertised.

“Advertising creates a frenzy around a product that the kids then want to buy! So when going round supermarkets they zone into these things, and what do you know they are on offer, so parents think why not it is cheap and will keep them quiet.”

Television, supermarket promotions and popular children’s TV and characters on packaging were the three places were parents felt junk food marketing had most impact on their children’s eating habits. Whilst the advertising of unhealthy food and drink is not permitted on dedicated children’s programmes in the UK (regulated by Ofcom since 2008 and by CAP on children’s websites and social media since July 2017), this is not extended to general audience viewing. Previous research by the Obesity Health Alliance has shown children are still bombarded with unhealthy food and drink during their favourite family shows, such as the X Factor and Coronation Street – as many as nine in just a thirty-minute period in the worst case [i].

In this study, over two thirds (64%) of parents stated they would support a total ban on the advertising of unhealthy food and drink during family viewing time.

“Children absorb so much information that even subtle advertising is too much sometimes. I think there should be a straightforward ban on advertising unhealthy food and drinks on kids channels and between prime-time family shows”

Parents also raised concerns regarding the use of toys as incentives in unhealthy children’s meals, with 72% claiming they would support nutrition standards applied to children’s meals using toys. Many parents expressed the use of these toys is a major incentive for children.

“Toys and cartoon characters are one of the main reasons why my child requests unhealthy foods. The McDonald’s Happy Meal is marketing genius. Changing the toy weekly makes a child who isn’t usually too bothered by McDonalds want to visit more frequently when a a particular theme appeals. Happy Meals should come with water as standard and meet minimum nutritional standards”

Levels of childhood obesity in the North West are above the national average at both reception and year 6. Regionally, 23.9% of children start school overweight or obese. By the time they leave school, this rises to over a third (35.2%)[ii]

Tackling the driving forces of this crisis is crucial, and whilst a range of measures will be required, from product formulation, school food improvements, and food education and to increasing sport and exercise, research shows junk food marketing to children plays a negative role in the development of unhealthy eating habits[iii].

The Government is expected to release its second Childhood Obesity Plan in the next coming weeks, following a disappointing first edition in 2016 which left out important measures such as closing the current loopholes on TV restrictions, promotions on unhealthy food and the use of toys in unhealthy children’s meals. This study shows parents in the North West would support such measures, which are also supported by the health charities, medical colleges and the Health Select Committee who believe these changes could have a positive impact on childhood obesity.

The full report and executive summary can be viewed by following the link below:

Junk food marketing to children: a study of parents perceptions

The Children’s Food Campaign’s Parents Jury is still looking for parents across the country to share their views on junk food marketing to children. You can apply here: https://www.sustainweb.org/parentsjury/survey/

‘Even with the best intentions in the world, parents are finding it increasingly difficult to avoid allowing their children to consume unhealthy food and drink options. Junk food and drink is everywhere and with marketing specifically aimed at children and young people, the pressure parents are under to purchase junk food items for their children continues to be an issue. The North West suffers staggering levels of childhood overweight and obesity and the rates continue to rise. The results are in…parents want change, so we would like to call on the Government to crack down on the marketing of junk food to our children’.

‘Millions of pounds are spent every year promoting products high in fat, salt and sugar from chocolate, cakes and sweets to crisps and fast food takeaways, and it’s clear current rules are not adequate in protecting children from exposure to junk food marketing. Companies and advertising execs argue that their campaigns have little influence on children, but parents in our research clearly disagree.  These promotions are making it much harder for parents to encourage healthy eating habits, and placing more effective restrictions on junk food marketing is about returning the power back to them.”

“We know that children can see up to nine junk food adverts in the space of just 30 minutes when they are watching their favourite TV shows and there is a wealth of evidence that these adverts influence the foods they choose and how much they eat. Strong action by Government to restrict unhealthy food marketing is desperately needed and wanted to give children the chance of a healthier future.”

“Public health is all too aware of the impact junk food companies can have on the diets of children, young people and families through targeted marketing. What this research highlights, is that parents recognise this too – and we need action. We hope the upcoming obesity plan will address the concerns of parents voiced in this study, to help create a healthier environment for their families.”

[i] Obesity Health Alliance. (2017). A ‘watershed’ moment: Why its prime time to protect children from junk food adverts [online]. Available at: http://obesityhealthalliance.org.uk/wp-content/uploads/2017/11/A-Watershed-Moment-report.pdf [Accessed 16th May 2018].