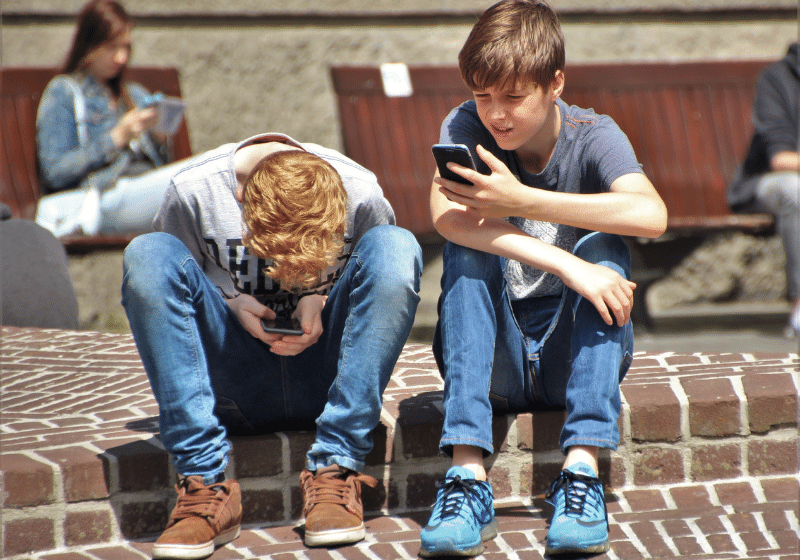 This week rumours that the Prime Minister is considering turning his back on plans to restrict the marketing of less healthy food and drink have continued, with the food and drink industry ramping up efforts to delay or water down these rules.

In response to this concerning threat, the Obesity Health Alliance have been leading the response releasing new polling data to show strong public support for these measures and member organisations have been putting pressure on ministers to hold fast on these proposals.

Reducing children’s exposure of the marketing of unhealthy food and drink on TV and online is a crucial measure in the fight to reduce levels of overweight and obesity, and have any chance of reaching the Government’s target oh halving childhood obesity by 2030 and tackle inequalities in health.

“All of us increasingly spend more and more time each year in digital realities – these environments increasingly need to be regulated using similar values and principles to the way we regulate real world material spaces. If we don’t want the population bombarded by unhealthy junk food product advertising in the real world – then we don’t want it on-line. We now need to manage the causes of obesity and type 2 diabetes just as carefully as we manage their consequences.”

“I wholeheartedly support the work of Food Active and others who understand the part advertising plays in the choices individuals make.  Restricting advertising of foods high in fat, salt and sugar is an important part of the overall package of enabling us to live healthier lives and tackling health inequalities.  We need to do more!”

“Evidence is clear on the role of junk food advertising on food choice, consumption and health inequalities. Obesity is not a personal choice, it is the result of a complex mix of factors including response to environmental cues. Reliance on individuals to make healthy choices in an unhealthy environment is not nearly enough anymore. Tackling obesity at the environmental level has never been more crucial as recent obesity data shows. This starts with limiting persuasive marketing on TV and online to children and young people by the junk food industry. The public supported this proposal and it should be followed through”

“People may be shocked to know that over 40% of 11 years olds are overweight or obese. This affects not only their physical health; it may also seriously impact their confidence and self-esteem. The stigma of being overweight may contribute to poor mental health, creating a spiral of negative consequences. We urge Government to put the health of children before industry profits and take national level steps to assist our local level measures to improve population health. Children benefit from healthy food choices and there should be no backtracking on tighter Junk Food Advertising policy which is supported by the public”

“The pandemic and resulting lockdowns have been hard on both the physical and mental health of our residents, particularly our children. In West Cheshire we have seen a marked rise in the number of children who are not able to enjoy living with a healthy weight. As a place we are doing as much as we can to improve the health and wellbeing of our population but there are factors out of our control. Restricting junk food marketing has the potential to significantly improve health and I would like to see that these world-leading regulations remain a priority.”

“The Covid-19 pandemic has made our already high levels of obesity even worse. Restricting the promotion of foods high in fat, salt and sugar is an evidence-based strategy to contribute to the local and national efforts to turn the tide of obesity. I urge the Government to stick with their ambitious plans for the sake of the future social, physical and mental health of our children.”

“The advertising of high fat salt sugar products, particularly during children’s and family viewing times and on social and gaming media in particular has the effect of exacerbating existing health inequalities. Lancashire has successfully worked with our children’s main school food provider in providing a balanced school meal and reducing the content of high fat salt and sugar formulations. We support the healthy development of every Lancashire child and encourage national policies that promote progress towards the ambitions for tackling healthy life expectancy published in the levelling up white paper published last month.”

“The pandemic and resulting lockdowns have been hard on both the physical and mental health of our residents and exacerbated already existing inequalities within our communities, particularly our children.  In North Tyneside as a system we are working collectively to tackle inequalities and improve the health and wellbeing of our population but there are factors such as advertising regulations that are out of our control. Obesity is a complex problem and restricting junk food marketing is a one part of the jigsaw that has the potential to significantly have an impact on obesity across the population. National advertising regulations must remain a key priority in order to protect public health.”

To find out more about junk food marketing and why we are supporting these calls, follow the links below.