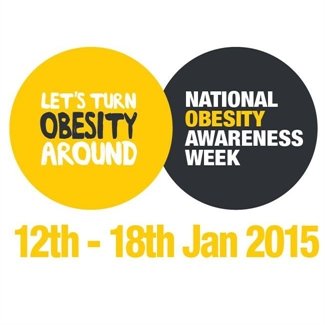 Estimates that half the UK population will be obese by 2050 “underestimate” the problem, a report has claimed.

The National Obesity Forum said Britain was in danger of surpassing the prediction contained in a 2007 report. Government figures had predicted that by 2050 as much as 50% of the UK population could be obese, at a cost of £50 billion a year.

Obesity is a major issue that affects more and more adults and children across the UK each year.

National Obesity Awareness Week is a national call to action. The week takes place from 12-18 January 2015.

The idea is to put the obesity problem in the national spotlight, and to promote positive change- improving the health of individuals and families, and providing information, inspiration and support to those who are overweight or obese.

The week will also focus on encouraging people to join Britain’s biggest New Year’s Resolution in which they can make a pledge to change just one small habit that will help us all to turn obesity around! If you want to be involved, visit www.noaw.org.uk for more information.