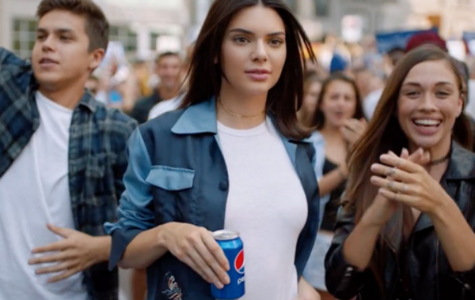 The use of celebrity figures in advertising in a common marketing tactic within the food industry. Gary Lineker for Walkers, Taylor Swift for Diet Coke, Drake for Sprite, Beyonce for Pepsi… the list goes on. It’s one of the many ploys employed by industry to create an environment which promotes the sale of their products – most often being of little or no nutritional value and should only be eaten on occasion. Instead, many adverts are aggressively marketed to us numerous times a day through several different platforms, including television, online, gaming and print advertising. Hence, encouraging excessive consumption of these energy-dense, nutrient-poor foods.

The rationale behind using these expensive and popular celebrity figures in music, sport and TV is to predominantly attract the interest and attention of young audiences. In using childhood icons and idols, these marketing ploys will do just that.

A recent Channel 4 despatches document filmed a group of children watching a recent marketing ploy by Coca Cola, with most children stating the advert made them think that if they consumed that product, they would be like those in the advert. Children and youths undoubtedly aspire to be like their celebrity idols, hence industry taps into and exploits this emotive behaviour, yet again in order to promote their products.

For all these reasons, reducing the amount of junk food marketing to children and young people has been proposed as a key route to tackling childhood obesity. Furthermore, the public health community continue to push for stricter regulations which protect future generations from these aggressive marketing tactics by industry.

However, these tactics taken by Pepsi backfired last week, with their new marketing campaign using the popular reality-TV and modelling star Kendall Jenner. The advert attempts to symbolise a global message of ‘peace, unity and understanding’ by showing Kendall Jenner to offer a police officer a can of Pepsi during a protest, which defuses the situation into a cheery and joyous protest.

By contrast – it appears to have achieved the exact opposite. The advert being pulled just days after its initial launch and has been removed from the company’s marketing campaign, before it had even been broadcasted outside of the U.S. It has been heavily criticised for not accurately representing the true reality of the protests in America, with many arguing it as an insult to the past and present protest movements throughout American history.

Furthermore, dispersing a global message of ‘peace, unity and understanding’ is not the purpose of the advertisement – it is the ultimately, and always will be, the sale of their products. Using imagery and symbolic scenes of the protest movement for the benefit of Pepsi’s sales and profits has been taken very personally, and seriously, by many across the globe.

However, Pepsi have apologised and stated it was not their intent to cause such offence. Furthermore, the reputation and popularity of the celebrity, and icon to many young girls, Kendall Jenner will be sure to have been damaged as a result of the backlash. Hopefully, she may be put off from singing any future advertising contracts.

It is with hope that lessons have been learnt on this occasions and companies will take much greater care in the future and think twice about the impact of their marketing tactics – which can go beyond harming one’s health, but one’s emotions too. Industry must not to take liberties and co-opt values which have deep rooted cores and within communities, simply for the sake of a can of fizzy cola.