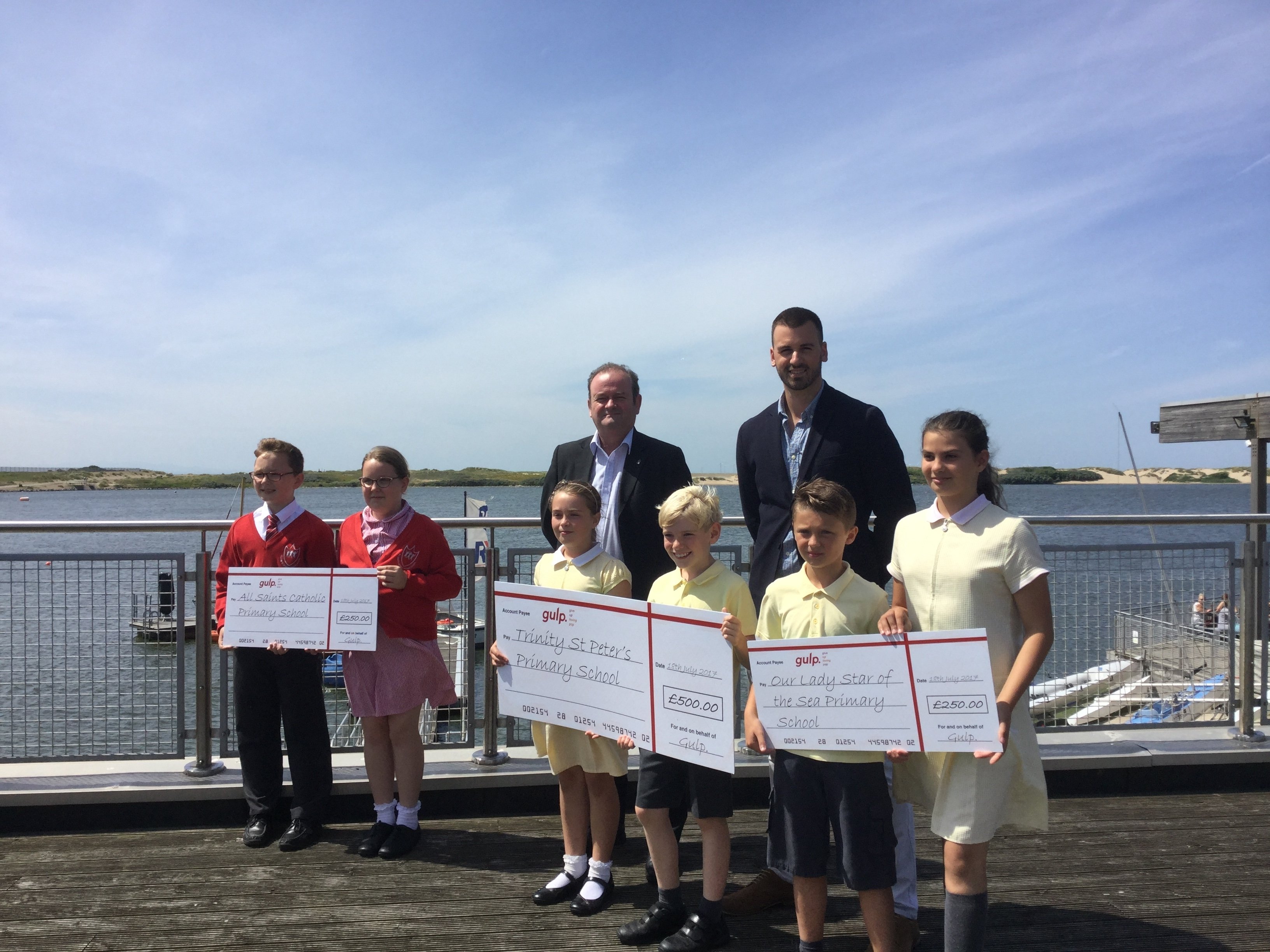 Posted at 12:05h in Childhood Obesity, Give Up Loving Pop, Latest News by Beth Bradshaw
0 Likes

In partnership with Sefton Council, Food Active have delivered a borough wide Give Up Loving Pop (GULP) Campaign to over 26 schools within Sefton since the start of 2017. Reaching over 2,500 primary school pupils through over 70 lessons delivered by Active Sefton and Everton in the Community, children were taught about the health harms of consuming too many sugary drinks, the benefits (to health and finances) of swapping to drinking water/milk and the damage to the environment.

With the summer term coming to an end last week, so did this term’s GULP campaign – and it certainly came to a fantastic finish. The campaign involved a competition for Year 5 and 6 classes to design and deliver an assembly to their school about GULP. A prize giving ceremony was held at Crosby Lakeside Adventure Centre on the last week of term to award the winning school and runners up with their prize money, who were as follows:

One of the competition judges was Robin Ireland, Director of Research and Food Active/Healthy Stadia. Here is what he had to say about the GULP competition:

“The competition entries were fantastic and it was great to see how enthusiastic and creative Sefton pupils were about the GULP campaign. You could really see the children had learnt and understood the underlying messages and rationale behind GULP, I was amazed by how creative some of the entries were. I thoroughly enjoyed being a part of the judging panel and the campaign as a whole. Well done to all the pupils who entered the competition and to the prize winners!”

Follow this link to read the press release about the prize giving ceremony and the Sefton campaign.