The sugar tax has arrived – but how did we get here?

Today on the Friday 6th April 2018, the sugar tax – officially called the Soft Drinks Industry Levy – comes into force in the UK.

The day is a huge milestone for all involved in the campaigning efforts over the years, and for the fight against the obesity crisis. The success of the UK sugar tax campaigning demonstrates that collective hard work, persistence and perseverance among several stakeholders can work.

Food Active are proud to have been part of the movement, along with the key contributions, such as the Children’s Health Fund, the Children’s Food Campaign, Action on Sugar and the Obesity Health Alliance, with support of Royal Colleges and some Members of Parliament, media and of course, the UK population. Alongside national organisations, local and regional organisations have an important role to play in advocating for national policy change, especially in areas that are disproportionately burdened with health inequalities, such as the North West of England.

However, the journey was not easy and there were many hurdles along the way. In this blog, we will discuss the long road that led to this momentous day in public health, and how and where Food Active played a part.

Where did it all start?

The discussion in Parliament started in 2011, when the Prime Minister at the time, David Cameron, was asked if a sugar tax could be considered – the answer was a definitive no. The issue was clearly far out of the current political remit and interest at this point. Instead, the Government chose to launch a public-private partnership, the Public Health Responsibility Deal.  It encouraged the food industry to undertake voluntary measures to help to tackle obesity crisis – none of which involving any fiscal or legislative action. When it came to 2015 to review the strategy, it was clear that there had been little impact on public health, and obesity prevalence continued to rise regardless. A learning point here for policymakers is that voluntary measures which attempt to encourage industry action, on their own accord, are often not successful. It is clear that much more binding, up-stream approaches were required to effectively tackle the ever-growing obesity crisis.

During this time however, calls for a sugar tax did not diminish – the failure of the Public Health Responsibility Deal only strengthened the need for upstream approaches. In January 2013, Sustain[1] achieved the support of 60 public bodies and called on the government to introduce a “sin tax” of 20p per litre on sugary drinks.

Food Active commissioned two important studies in relation to the prospect of a sugar tax. In 2014, we worked with Sustain and University of Liverpool to model the impact of a sugar tax locally[3] on the prevalence of diabetes, cancer, stroke, healthcare cost savings, calorie savings and quality adjusted life years gained. In 2015, we worked with The Centre of Public Health at Liverpool John Moore’s University to explore the acceptability of a sugar tax in the North West[4]. Both research papers help to add to the evidence base and strengthen the calls for a sugar tax in the UK.

In early 2015 we launched Give Up Loving Pop (GULP)[5], a hard-hitting campaign aimed at teenagers and families to raise awareness of the adverse health outcomes of excessive consumption of sugary drinks. 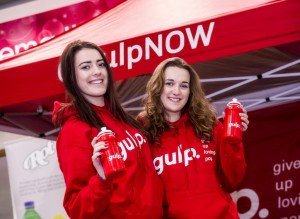 Whilst the campaign was largely well received, the key messages were challenged by some groups (in particular, those with a vested interest in the sugary drinks industry). Despite being under pressure and attempts to discredit the campaign, we remained committed to the campaign and its key messages. We learnt that when advocating for positive change, even when there is a robust evidence-base and rationale, there will always be resistance. It is also certain that other influential groups involved will have received some of the same criticisms. In spite of this, GULP has grown from strength to strength, gaining more credibility and support as the years go by – and more importantly, became one of the instrumental campaign groups that helped keep sugary drinks and the sugar tax high on the agenda and the pressure on policymakers up.

The summer of 2015 saw another categorical ‘no’ from the Government when proposed with the sugar tax – however, later that year there was some light at the end of the tunnel. Jamie Oliver, celebrity chef and restaurateur, quickly became the face of the sugar tax efforts in the media, raising the profile even further and released his famous documentary “Sugar Rush”.

Following which, the Children’s Food Campaign coordinated a petition with over 150,000 signatures regarding a sugar tax – which meant a parliamentary debate on the matter must take place, and was scheduled for the 30th November 2015. Ahead of the debate, Food Active wrote to every MP in the North West encouraging them to attend the debate and speak in support of the tax in Parliament.

These are just some of key efforts Food Active was involved in along the way – and were bolstered by the determination from numerous key campaign groups across the country that led to what happened next.

It was George Osborne, Chancellor of the Exchequer at the time, who finally announced a SDIL as part of the 2016 Budget. Having faced consistent resistance from the Government in years gone by, it came as a shock – albeit a very welcome shock – to campaigners. 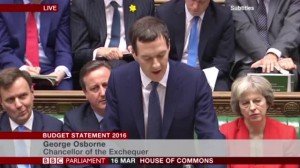 Simply put, the levy will function as a two-tiered levy with drinks either falling into the lower threshold of 18p/litre for drinks with 5g+/100ml and 24p/litre for drinks with 8g+/100ml. The revenue, orginially estimated at circa £500m, will be revinvested into school sports, breakfast clubs and after school clubs. You can read more about the in-depth detail of the tax in our Q&A blog here[9].

The industry was given two years to respond and several options, with a view to implement in April 2018. Manufacturers could opt to pay the tax from their own profits or to reformulate their products so that they are under the tax threshold and thus exempt from paying the tax. Or, to absorb the cost of the tax by increasing the price of their products. The latter was the least desired option, as the Government specifically stated the tax is not a tax on consumers. At that time, it was uncertain what the response or route the industry would be or take.

So here we are in April 2018 – how has industry responded?

According to the Treasury, over 50% of manufacturers have cut the sugar content of their drinks which is a great success and industry should be applauded for their action in response.

Three of the “Big Four” supermarkets in UK Tesco, Asda and Morrisons as well as Co-op have announced they have reduced the amount of sugar in all their own-label drinks to fall below the thresholds. Along with supermarkets, brands such as Irun Bru, Lucozade and Ribena Suntory have also reformulated their products – Britvic, the makers of J20, Fruit Shoot and Robinsons, claim that 94% of their product range will be exempt from the levy, following reformulation efforts. We can absolutely be confident that there is less sugar on supermarket shelves now, meaning less sugar for consumers, even before the tax has come into action.

However, it is important to note that two of the biggest players in the soft drinks industry – Coca Cola and Pepsi – have refused to reformulate their classic, full sugar products (around 35g sugar in a 330ml can). Thus, the tax will be passed onto consumers in increased prices and reduced portion sizes – hopefully, increased prices and lesser value will be enough of a disincentive for consumers to avoid these high sugar drinks.

The wave of reformulations will lead to an obvious reduction in estimated revenue – latest figures suggest in the region of £275m per year. But is this really bad news? Decreasing the availability and therefore the consumption of sugar was the main objective and the best one we could hope for. The money that will not be raised through taxation is likely to be brought in with spades through savings in NHS treatments for sugar-related conditions such as obesity, type 2 diabetes and dental decay.

Stringent monitoring and evaluation must be carried out to ensure compliance and to measure any impact. Last year, CEDAR and NIHR researchers announced[11] they are launching a pioneering study to evaluate impact of the UK Government’s tax on sugary drinks. The Government also claim the levy will be monitored through information gathered from tax returns. It will be kept under review through communication with affected taxpayer groups.

However, it may be a while until we are able to see any results of the tax. Until then – there are other policy areas that should be addressed to help tackle the obesity epidemic. Is the sugar tax alone enough to tackle the obesity crisis in the UK? No. The fight against the obesity crisis does not stop and start with the sugar tax alone. It is one of many important changes necessary to create a healthier environment and facilitate healthier choices for people.

For more information on the sugar tax journey, our colleagues at Sustain have produced an excellent briefing which provides an in-depth timeline of events and key lessons learnt along the way for committed campaigners (of which Food Active was included in).

How the sugary drinks tax was won: 10 lessons learnt for committed campaigners
Links: