Why the first foods we feed our children are so important 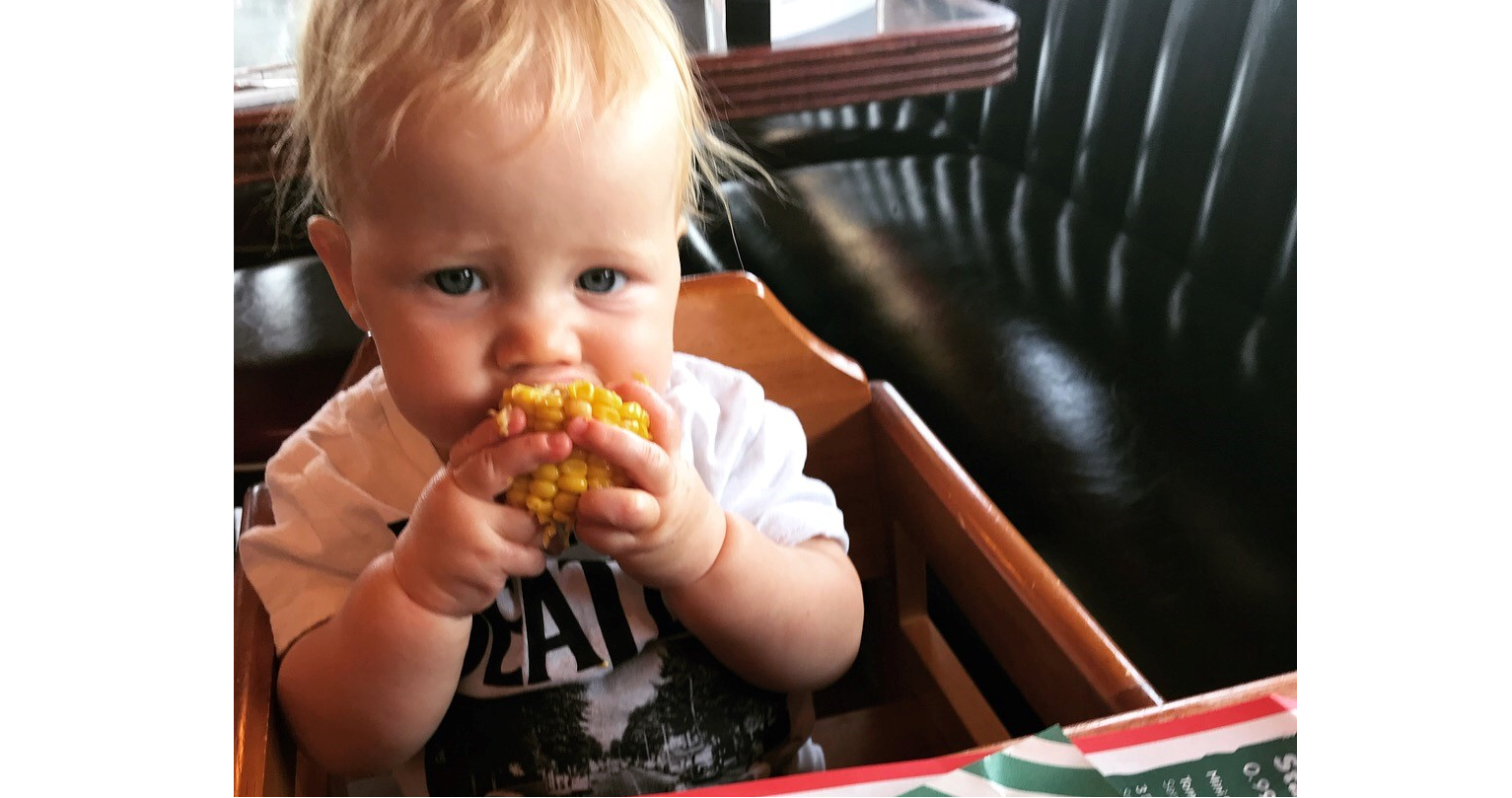 The first 1000 days of life are regarded as a critical time in a child’s development.

This period of life has not only been shown to be key in influencing their future health, in terms of weight status and susceptibility to non-communicable diseases but is also instrumental in promoting optimal brain development[i]. Research suggests that much of the brain’s structure is shaped before the age of three, with nutrition being one of the key influencers, along with reduced toxic stress and secure attachments[ii].

The period from conception to age two comprises several key stages and points of potential health promoting intervention, including the weight status of the mother at conception, the nutritional competition of the mother’s diet during pregnancy, how the infant is fed – by breast or formula, and the introduction of solid foods.

Waiting until the child is six months old, early introduction of vegetables and fruit, the avoidance of sugar and salt, daily diversity of meals, and responsive feeding are some of the good practices which are recommended when introducing solid foods[iii]. However, there is a lot of confusion amongst new parents about when and how to introduce solid foods, not helped by conflicting advice. For example, the 2010 UK Infant feeding survey found that three quarters parents had offered solid foods by the time their child was five months old[iv]. Research into why mothers decided not to follow WHO and the UK’s Department of Health guidelines and wait until six months flag up a number of reasons, including peer influences, infant cues indicating early readiness and food labelling inconsistencies[v]. Additionally, the optimal time to introduce solid foods is one of the most hotly debated topics in child nutrition, with one side arguing that with iron stores starting to deplete at around four months complimentary foods are important at this age, and the other side concerned that the introduction of solid foods will displace breastmilk, which is important for a child’s immunity[vi]. There is also talk of a ‘critical window’ for the acceptance of solid foods between 4 and 6 months, however this is not supported by experimental evidence. Deferring the start of complementary feeding to around 6 months has been shown not to be associated with later difficulty in accepting solid foods[vii].

In November 2018 Food Active hosted a conference ‘Childhood Obesity: Let’s Start at the Very Beginning’ in response to the lack of focus on early years and healthy weight in the Childhood Obesity Plan, Chapter 2 (presentations can be accessed here). The root causes of obesity are complex – aside of genetic factors, lack of physical activity, unhealthy food and drink consumption are influenced by a wide range of determinants, including social, environmental and commercial. Starting infants off on the right foot, by promoting healthy food preferences and optimal weight gain in the early years can impact on the future food preferences, habits and ultimately the health and weight status of a child.

We were therefore pleased to see that Public Health England launched its first ever Start4Life campaign this month, offering parents support and advice on introducing solid foods to their baby. A brand-new weaning hub was launched on the Start4Life website to support parents to give their infants appropriate foods at the right time. The resource includes NHS-approved advice and tips for each weaning stage, plus a range of suitable recipes[viii].

The overall reaction to the ‘hub’ seems to have been positive. There has been some criticism of the term ‘weaning’, as in recent years public health and early years professionals have worked hard to replace the terms weaning (in the context of starting solid foods) with terms such as complimentary feeding and introduction of solid foods.  The reason behind this lies in the confusion with weaning off breast or formula-feeding, which should not occur until at least 12 months of age owing to the nutritional profile of breast and formula milk.

We have no doubt that the weaning hub will be a great resource for new parents, and we are very pleased to see that it promotes home-cooked, minimally processed foods. However, we do need to consider those parents and carers who, for one reason or another, do not provide home-cooked, minimally processed foods for their infants perhaps relying on convenience foods. A reliance of convenience foods may be due to a variety of factors including time-constraints, lack of cooking facilities, perceived cost-effectiveness of ready-made items, and a poor understanding and awareness of suitable solid foods, among others. Of particular concern to us is the marketing and advertising of baby and infant foods, with many of them being promoted as suitable for infants under six months of age – allowed under EU Regulations but contradicting WHO and UK guidance. Also, of concern is the nutritional content of some of these foods. Some have been found to include added water and come in portion sizes suitable for a range of ages, which may result in overeating and the potential to displace breast or formula milk. In addition, many baby foods are also sweet in taste due to added fruit concentrate or puree – a high sugar intake is linked to poor oral health, may accustom infants to very sweet tastes, and may contribute to overweight in later childhood[ix].

Given the importance of nutrition in the first 1000 days of life, shouldn’t more be done to improve the quality of our infants’ diets? We aren’t going to get all new parents and carers cooking from scratch, so the convenience foods available need to be the best they can be. A news article published earlier this week stated that the UK government is failing our children in the first 1000 days, with many not being school-ready by the age of five because they have not developed the necessary skills and behaviours. With nutrition being such an important influence on health and behaviour, surely it should be more of a priority.

[ix] First Steps Nutrition Trust (2016). Baby Foods in the UK:  A review of commercially produced jars and pouches of baby foods marketed in the UK