Guest Blog: School Meals Day – a reflection of the progress made in the last decade

Home > Blog  > Guest Blog: School Meals Day – a reflection of the progress made in the last decade 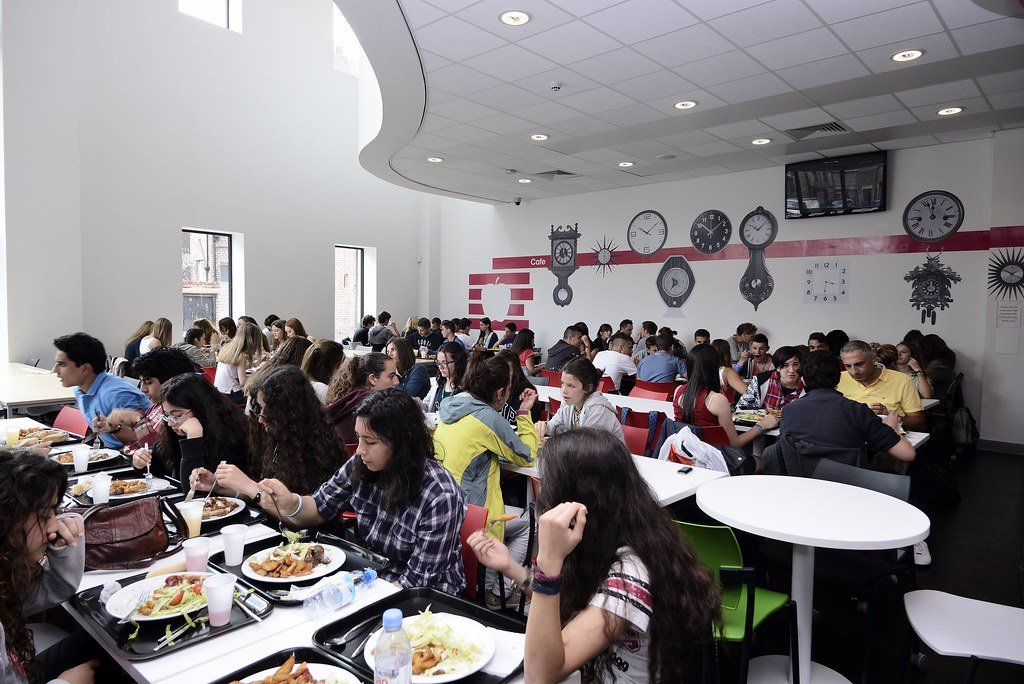 12 Mar 2020 Guest Blog: School Meals Day – a reflection of the progress made in the last decade

To mark this year’s School Food Day, we hear from former-schoolteacher turned school food researcher Kelly Rose of Teesside University to reflect back on the progress of school food over the last decade.

Of late, ‘other’ focuses you could say, have overshadowed the important fact that our young people’s diets are nutritionally poor in the UK. But that begs the question, why are the population of future parents and workforce not a priority at all times?

Currently more than 91 million school children around the world are reported to be living with obesity, with the UK being in the top 20 countries for childhood obesity levels, doubling during the primary school years and increasing further into secondary education. The majority of adolescents in the UK have nutrient deficient diets, high in processed foods and very low in fruit and vegetables.  With only 4% of teenagers meeting UK public health fibre recommendations, a significant concern given that dietary fibre is linked to a decreased risk of heart disease, type 2 diabetes and cancers. Furthermore, the health inequalities gap is a devastating burden of poor health for our children living in more disadvantaged areas and minority communities, in comparison to those from more affluent areas.

In my research I have noticed a level of inertia on the evaluation or policing of school food policy this decade, impacting on school’s healthy food choice offerings. Only the other day my friends 11-year-old daughter explained to me the best thing about her new (secondary) school was the food; “I can eat pizza and cookies every day” – oh dear.   Kind of explains why our young people are generally low in at least five micronutrients essential for growth, development mood, reproductive health, energy levels and immunity.

In 2009 the NBS were rolled out to secondary schools in England, after first being introduced into primary schools. Not only were these food standards focused on meeting young people’s nutrient requirements, but also the mapping of 4 areas of influence provided a framework for which to apply the policy across the nation (Haroun et al 2011). These were considered ‘the most detailed and comprehensive in the world’ (Harper and Wells 2007; Evans and Harper 2009). Plus the Initial evaluations were encouraging (Adamson et al 2013; Stevens et al 2013). However, the NBS was for some a ‘complex task’ to implement (Rose et al 2019).

A change in government (the introduction of the Coalition led by David Cameron)  meant a change to school food. Firstly, any ‘newly established academies and free schools’ were not required to adhere to the NBS. A decision which some viewed as a deregulation of school food. Quite soon, school food standards were under review, and in 2013 the School Food plan (SPF) developed by Henry Dimbleby and John Vincent (Long, 2019) was introduced.

Over the next few years we see SFP replacing NBS as a legal requirement for ‘all food served in most schools’ (Rose et al 2019). Remember the decision in 2010 to release the new academies and free schools? Well, this means that these schools are still exempt from following the standards, however, some have signed up voluntarily. The aim of the SPF is to transform what children are eating in school and to support schools to create a ‘healthy school ethos’. The SFP is certainly visual, providing ease of use, and the comprehensive resources give schools checklists and guidance. But, here lies a problem, where is the school support system?

Part two of the decade

The first chapter of the UK childhood obesity strategy published in 2016 (DHSC, 2016) provided some recommendations and support for school health initiatives, for the most part within primary aged children. Then in 2017 two things of note happened. The School Food Trust integral to the systems mapping approach of the NBS had been an independent organisation since 2011 providing school resources and opportunities for research closed without funds to carry on. The second was an independent review (the Food Education and Learning Landscape review (FELL) carried out by The Jamie Oliver Food Foundation. The researcher reported a vast difference in the approach to healthy eating and food education in secondary school environments, stating to be ‘alarmed’ at the state of the problems surrounding the “secondary school food environment”.

Chapter two of the Childhood Obesity strategy (DHSC, 2018) included a pledge to commit to support ‘all children with high quality nutrition’ by conducting consultations on nutrition within buying standards for school catering services and introducing ‘a healthy rating scheme’ allowing for ‘self-evaluation’, whilst also providing a more robust Ofsted framework. My issue as a former food and nutrition teacher/head of health education in a school with supportive leadership is that schools need support externally to evaluate and help develop menus and implement nutritious school meals. The capacity, knowledge and often willingness of school leads, along with the lack of monitoring of adherence to school food standards remain huge barriers to effective school food provision.

This is where we find the current school food picture in England, no real change from 2018. Awaiting the healthy school’s framework and a priority to be placed on school food provision policy. And, in the meantime social norms of poor teen diets are becoming more and more acceptable, healthy food is so ‘uncool’ to a teenager’s street cred. With the myriad of fast food options on the ‘School fringe’ [1]  less expensive and more convenient, thus appealing to the innate biology and the impulsivity of teenagers. A plan to shift teen risk perception of unhealthy eating (i.e. behaviour change) as well as consistency in following the SFP is needed.

The big question here is why has there been no evaluation of the SFP? There is limited evidence of schools following the school food plan. School staff and leaders have in my mind the most strenuous roles in terms of juggling priorities and educating young people. To expect schools to take on the huge role of making sure food provision meet the nutrient requirements of the nations young people without support is to my mind crazy and as we see presently, will not work…

Kelly is a registered nutritionist and a former school teacher, currently investigating ways to reduce the obesogenic environment with a secondary school food focus as part of her PhD. She is passionate about the impact of nutrition on adolescent health and has spoken locally, nationally and internationally on the topic of school interventions and the importance of social influence on food choice and the impact of nutrition on mood and behaviour. Kelly is registered with the Association for Nutrition (AFN), a member of Plant based health professionals UK, Nutrition Society, British Nutrition Foundation, Fuse: the Centre for Translational Research in Public Health and The Association for the Study of Obesity